The spiritual successor to Operation Flashpoint: Cold War Crisis (now known as ArmA: Cold War Assault), Armed Assault is the first game in the series to be set in the modern era.

Queen's Gambit was later bundled and re-released as the ArmA: Gold Edition, which combines both the base content and that of the expansion's into a single game.

Twenty one years after the events of the Cold War Crisis, Armed Assault takes place in 2006 on the tropical island nation of Sahrani located in the Atlantic Ocean. The island has long since been divided into two countries; the communist North and the pro-West South.

Unlike in Cold War Crisis, there is no protagonist pivotal to the main storyline, though it is narrated by a character called William Porter, one of the few U.S. Army troops left on the island who was present when the fighting broke out.

Stationed in the south of the country, U.S. Army troops have been deployed on a five-year long mission to train the South's military against a potential invasion from its Communist neighbour in the north.

With the situation having largely stabilised and their deployment coming to an end, U.S. forces prepare to pull out of the country. Without warning however, the North's military suddenly launches a full-scale invasion of the South, catching both Southern and U.S. troops off-guard and forcing them into a bloody defensive war.

NOTE: Only available with the Queen's Gambit expansion pack.

Set immediately after the events of the Armed Assault, the USMC learns of the presence of a final pocket of SLA resistance on the nearby island of Rahmadi, led by the North's former leader President Ramirez.

USMC Special Forces operative Sergeant Leon Ortega has been assigned with the task of leading the mission to eliminate the last of the rebels and to capture Ramirez.

NOTE: Only available with the Queen's Gambit expansion pack.

A team of mercenaries from the Black Element private military company have been hired by the newly crowned Queen of Sahrani, Isabella Ximenez, to assist in the quelling of an insurgent uprising that was beginning to spread throughout the country.

As the campaign progresses, the mercenaries find themselves embroiled in a conspiracy that not only threatens their own safety, but could potentially spark the outbreak of a civil war in Sahrani.

Following after its predecessor, Armed Assault continues to use the same third/first person shooter gameplay introduced by Cold War Assault. The player is able to drive and pilot many types of vehicles and aircraft, ranging from tanks, civilian cars, attack and transport helicopters, boats, as well as VTOL jets and cargo planes.

ArmA: Armed Assault can be played in both single and online multiplayer. It features an updated version of Cold War Assault's mission maker which allows editors to create campaigns and various mutliplayer based scenarios. 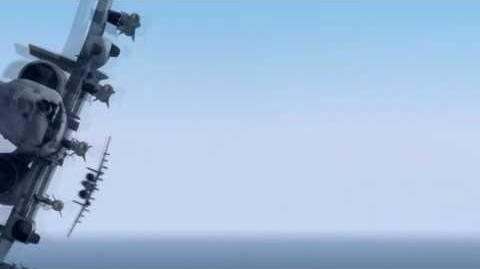 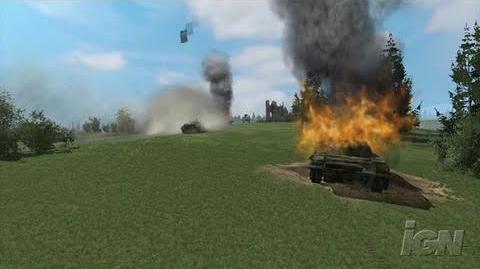 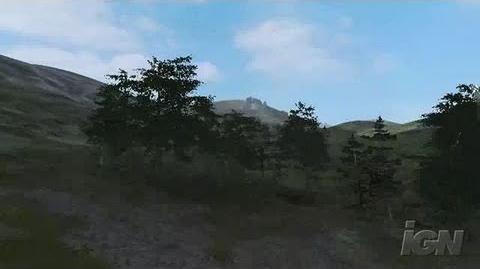