It is also bundled with and integrates the content of the Resistance expansion pack. It does not include the content from the Red Hammer expansion, which was not developed by Bohemia Interactive but rather by Codemasters.

Cold War Assault's two main campaigns take place in 1982 and 1985 (respectively) at the height of the Cold War between the United States and the Soviet Union.

​The primary plot follows the occupation of three fictional islands by rogue Soviet forces, with a collection of NATO forces and resistance movements trying to retake them.

A prequel to Cold War Crisis and chronologically the first campaign in the entire series, Resistance follows the story of main protagonist Victor Troska, as he eventually assumes command of the guerilla partisan movement on the island of Nogova in order to drive out its Soviet oppressors.

Three years after the events of Resistance, Cold War Crisis has players take control of David Armstrong, James Gastovski, Robert Hammer, and Sam Nichols, as they work alongside other U.S.-led NATO forces stationed on the island of Malden in order to liberate Everon from Soviet troops.

NOTE: The Red Hammer campaign is NOT included as part of Cold War Assault due to being a non-official product. All events related to it are deemed as non-canon in the official timeline.

As the first game in the series, ArmA: Cold War Assault sets the standard of gameplay that would be featured in all subsequent titles. The player can switch between third person and first person camera view modes, and many vehicles including tanks, cars, helicopters, and boats, can be driven in the game.

ArmA: Cold War Assault can be played in both single and online multiplayer. It also features a mission editor that players can use to create anything from single-mission scenarios to full blown custom campaigns. 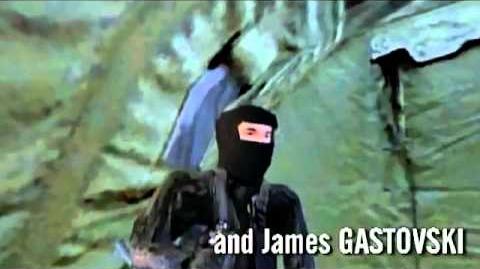