ArmA: Mobile Ops is a free-to-play base building strategy game.

Mobile Ops is a spin-off title that was first released on June 28th, 2016 by Bohemia Interactive.

It is designed to be played on Android and iOS devices and features a single player campaign. Prior to its closure, online multiplayer features included a Player versus Player (PvP) Global Conflict and a Faction Wars game mode. Both of the latter game modes used a global leaderboard to measure player skill and ranking.

Mobile Ops is entirely free to download and play but does offer premium in-app purchases. These micro transactions do not provide any gameplay advantages to players and only speed up the construction/training times for base buildings and units.

Support for Mobile Ops' online features was officially terminated on May 4th, 2022. The single player campaign can still be accessed but its online multiplayer modes are no longer functional.

Set on the fictional Mediterranean island of Atida, a powerful group of high-tech guerillas have taken control of the nation after a successful coup against its civilian leadership. A multi-national unit has been deployed into the country to liberate it from the guerillas.

Unlike its spin-off predecessor and the other main games in the series, Mobile Ops is a military strategy game that focuses entirely on base macromanagement, and uses 2.5D graphics with a bird's eye perspective rather than a first/third person camera view.

Instead of controlling a single unit, players assume the role of a commander and manage their own base or alternatively go on the offensive themselves. Players are able to construct fortifications, static defences, and various non-defensive buildings. Units can be trained up and deployed for offensive battles, and will gradually rank up after each successful battle that they survive, which improves their durability and effectiveness in future battles.

Although all combat is automated, players must first plan out how each of their units will behave in combat before a raid begins; from what direction they'll be attacking from, to what targets to prioritise (resources or defences), as well as whether they automatically activate their special ability. During a raid, players can also support their troops in battle by calling in off-map supports such as artillery barrages, airstrikes, or EMP blasts for example.

Like most conventional strategy games, Mobile Ops also uses a (albeit simplified) resource system in the form of three types: fuel, supplies, and command points. These limit the amount of units, structures, and upgrades that can be obtained at a time, which necessitates that players choose their actions wisely.

For its online modes, Mobile Ops was fully cross-platform compatible, with players being able to challenge each other regardless of whether they were playing on the Android or iOS versions.

Accurate as of January 2018 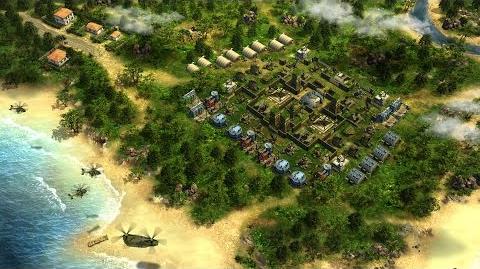 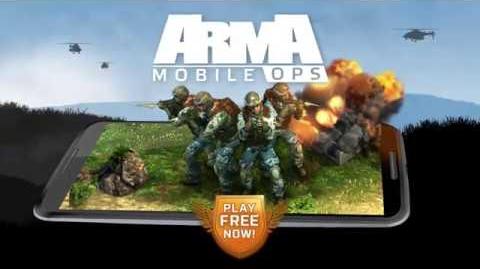