A follow-on to the British Armed Forces DLC, PMC expands and adds onto the existing ION Services faction that was previously introduced in the BAF DLC on a smaller scale.

PMC includes vehicles designed specifically for use by the faction, which includes an armed drone, transport helicopter, and a modified variant of the SUV limousine vehicle that was first added in the Operation Arrowhead expansion pack. The XM8 rifle, previously made available in the base game, is now expanded with a larger variety of optical sight attachments and functional laser pointers/flashlights.

Along with vehicles and weapons, additional faces and a few American English-based radio protocols have been added for use by the new faction. A unique Australian English radio protocol has also been added specifically for one new PMC character. A full-length singleplayer campaign has also been included and continues the story of former British Army trooper Brian Frost, who now works as a mercenary for the company.

The base version of ArmA 2 is not needed to install PMC but it does require the Operation Arrowhead expansion pack (either the standalone or Combined Operations versions). 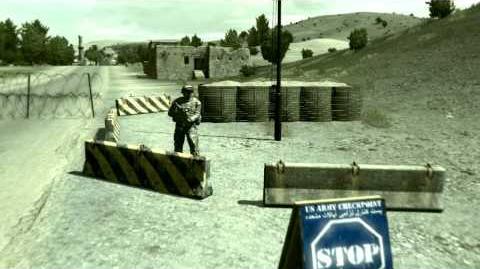