The Assault Boat is an inflatable rubber boat used by several BLUFOR, REDFOR and INDFOR factions, as well as with civilians in ArmA 3.

The Assault Boat is a single engine, small inflatable boat that can be used for maritime raids and infiltration, as well as riverine operations. It can also be used for civil purposes where it can serve as a personal recreational watercraft or as a surf lifesaver boat.

Features
Moderately fast for its size, the Assault Boat is good for transporting troops into or out of battle on undefended coastlines. It can also be airlifted via slingloading by all helicopters with the exception of the MH-9/M900 light helicopters.

Drawbacks
All passengers are able to fire their own weapons (forward facing only) but the boat itself does not possess any mounted weaponry.

Combined with the lack of armour, the Assault Boat should only ever be deployed into situations where there is no threat of enemy fire since the boat's passengers are completely unprotected.

Crew Capacity
Regardless of faction, all variants can transport the same amount of passengers. This includes the driver themselves and up to four more passengers who either lay prone on the port and starboard sides of the hull, in front, or crouching in the centre just behind the front passenger. 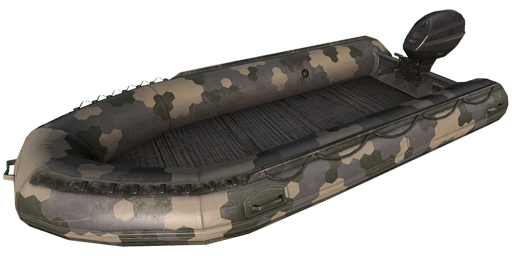 Baseline variant used by all main factions except for Altian/Tanoan civilians.

With the exception of the driver, all other passengers can utilise FFV while riding on the boat. 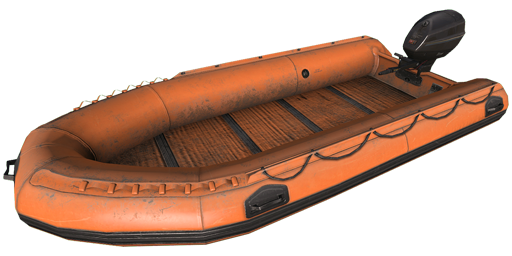 Maritime rescue vessel used by all factions including Altian/Tanoan civilians.

Functionally identical to the baseline variant but uses a different paint scheme depending on whether it is being operated for military or civil purposes.

All variants of the Assault Boat have base armour values of 10.

Hulls on all variants of the Assault Boat can only withstand up to 6 points of damage. Depletion of the hull's integrity will instantly result in the vessel's destruction.

The Assault Boat's motor can incur up to 12 points of damage before failing. Destroying this component will usually result in the boat's destruction unless it is at full "health".

If damaged: Reduces power output, Assault Boat(s) can no longer attain top speed even when tidal conditions are steady.
If destroyed: Instantly immobilises the vessel. Can result in the boat's destruction if overall status is near critical.