The Assault Pack is a backpack featured in both ArmA 2 and ArmA 3.

The ArmA 2 Assault Pack is exclusively used by both conventional and special operations U.S. Army units.

It is able to store up to eight rifle magazines/underbarrel grenade launcher rounds or between two to four heavier belt pouches/boxes at once.

Unlike its heavier counterpart, non-heavy firearms cannot be placed inside the Assault Pack, so its utility is mostly limited to storing small amounts of rifle magazines or UGL rounds and hand grenades. 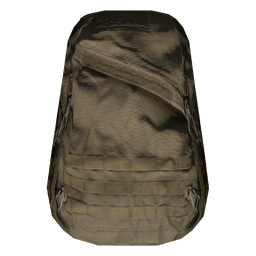 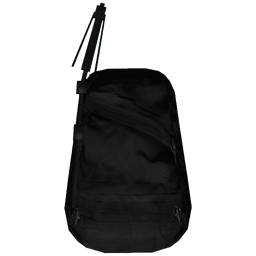 Black-coloured version that contains a mobile terminal used to interface with unmanned drones. It is unable to store any magazines.

(*) This backpack is non-functional in regular gameplay, and is only designed to connect to linked UAV drones via the UAV module placed in the editor.

The ArmA 3 Assault Pack is utilised as a compact counterpart to the Kitbag and Carryall.

Easy to wear and able to store a decent amount of gear and ammunition (up to 160 units of "mass"), the Assault Pack is usually carried by heavy weapons troops and other soldiers who cannot carry the heavier packs due to the weight of their weapons, but still require a backpack to store spare munitions.

While its total capacity is less than that of the Field Pack by 40, it is much lighter and inflicts less of a stamina penalty on the carrier. 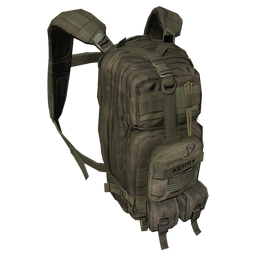 Uniquely furnished version of the regular MTP-camouflaged Assault Pack which has additional pouches attached, and a name strap with Ben Kerry's surname printed onto it.

There are no capacity or weight differences to the regular Assault Pack. 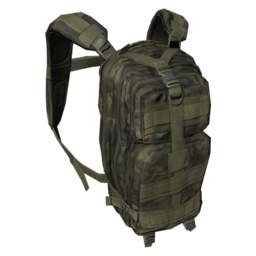 Regular Assault Pack designed specifically to contain a folded Remote Designator, which can be unpacked and constructed in the field onto any valid surface (or alternately, disassembled into backpack form).

It is only available in either regular MTP/woodland MTP or Arid Hex camouflage covers for the NATO and CSAT variants (respectively). Neither can store any equipment, and there are no other camouflage varieties available to choose from.