The Caesar BTT is a light fixed-wing plane used by Tanoan civilians, Syndikat rebels and L'Ensemble anti-government fighters in ArmA 3. It was added with the release of the Apex DLC.

The BTT is a lightweight and highly manoeuvrable propeller-driven plane.

A notable feature of the BTT are its dual-sided doors, which all passengers and crew can use to bail out in-flight. Because it also comes stocked with up to four parachutes by default, it is capable of acting as an improvised paradrop plane if necessary.

Although it has rather poor fuel economy and cannot fly for an extended period of time, it is sufficient for just relocating passengers from one side of Tanoa/Altis to another, or for short recreational flights around either island. It is relatively easy to pilot and has simple controls, making it suitable for novice flyers to practice their flight skills in.

Crew Capacity
Both variants of the BTT are capable of transporting up to four passengers. This includes the driver and co-pilot who sit in the front, and up to two more passengers who sit in the rear. 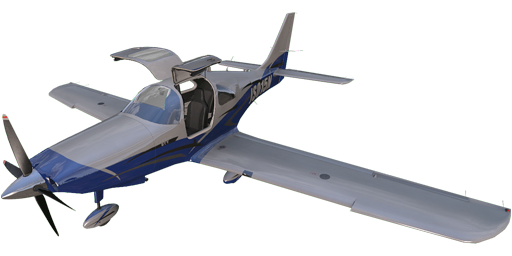 Can transport up to four passengers. It has no other unique abilities. 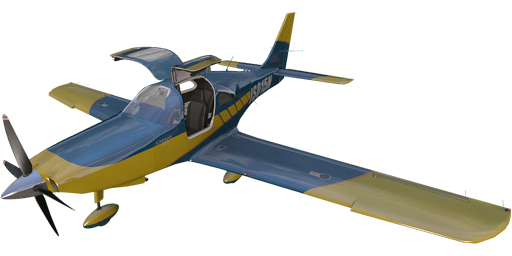 Has slightly sharper handling and controls are more sensitive, but is otherwise identical to the standard variant. It transports the same number of passengers as the baseline variant.

All camouflage schemes have alternate interiors which use tan-coloured seats:

Both variants of the BTT have base armour values of 35.

Hull damage is calculated based on the integrity of other components on the BTT. Until all other parts of the plane have been critically damaged, the hull itself can never be "destroyed".

The engine can only survive 8.75 points of damage before failing. The engine does not take additional damage from high-explosive (HE) type munitions, though at least 20% of damage is shared with the plane's main "health" pool.

The BTT's flight instruments can take a meagre 3.5 points of damage before failure. All instruments incur a 300% damage penalty to HE-type munitions. At least 20% of incoming damage is shared with the plane's main "health" pool.

The BTT's fuel tanks can withstand up to 52.5 points of damage before rupturing. They receive 200% additional damage from HE-type munitions, though only 20% of damage is shared with the BTT's "health" pool.

If damaged: Gradual fuel leaking; will lose up to a maximum of 20% of the remaining fuel supply.
If destroyed: Entire fuel tank is depleted over several seconds.

All five components can resist 52.5 points of damage before failing (individually). They take 300% increased damage from HE-type munitions, and 10% of damage is shared with the plane's main "health" pool.

Depending on which specific control surface is hit, the BTT's handling and agility will be degraded based on the severity of the component's damage. If multiple parts are hit, it will be come increasingly difficult (if not outright impossible) for the BTT to perform any tight manoeuvres.

The BTT's main propellers can withstand just 8.75 points of damage before breaking. It does not incur a damage penalty from HE-type munitions, but at least 20% of it is shared with the plane's "health" pool.

Due to its compact size, it has semi-stealth capability (despite not being intended to have any) and is actually quite difficult to spot on all types of electronic sensors from afar:

The BTT has a radar cross-section rating of 0.7, which lowers the maximum detection range of active radars by 30%.

The BTT has reduced visibility on the infrared spectrum, and can only be detected at 80% of an infrared-based sensor's maximum range (factor of 0.8; reduction of 20%).

The BTT is harder to spot visually, and will reduce a visual-based sensor's range to only 80% of its default distance (factor of 0.8; reduction of 20%).

Retrieved from "https://armedassault.fandom.com/wiki/Caesar_BTT?oldid=54612"
Community content is available under CC-BY-SA unless otherwise noted.