The F/A-181 Black Wasp II is a carrier-based, multi-role/air-superiority fighter jet used exclusively by NATO's naval aviation wings in ArmA 3. It was added as part of the Jets DLC.

This is a premium asset that requires ownership of the Jets DLC.

The Black Wasp is a twin-engined stealth fighter that uses a clipped delta wing design with a reverse sweep on the rear.

It has both conventional and fully-stealthed variants; the latter can only store up to eight weapons internally and does not have any external hard points.

Armament
By default, the Black Wasp is armed with a 20 mm minigun that is loaded with 450 rounds of high-explosive (HE) ammunition.

NOTE: The following pylons only apply to the minimal-stealth variant of the Black Wasp:

Both variants of the Black Wasp also have targeting cameras with integrated laser designators that are located in the EOTS module just beneath the cockpit/nose. The designator can be used to provide self-designation capability when used in conjunction with guided munitions like the GBU-12.

Features
Like the UCAV Sentinel, the Black Wasp has a retractable tailhook that can be lowered or raised to assist in performing carrier landings, and can have its wings folded to allow for easier storage and transportation aboard aircraft carriers.

Compared to the CSAT To-201, the Black Wasp is slightly better when it comes to avionics and Beyond Visual Range (BVR) air-to-air combat.

The fully-stealthed Black Wasp can also carry one extra missile in its internal bay. The majority of these pylons, both on the baseline and stealthed variants, support long-range AAMs in addition to glide bombs in the form of SDBs.

The minimally-stealthed Black Wasp is also technically capable of carrying more weapons for close air support despite having fewer external pylons, as most of its air-to-ground munitions have an alternate double-racked variant (like Macer II AGMs).

Drawbacks
However, its flight model is slightly more sluggish and is unable to match the To-201's agility in close-range dogfights. Arming the Black Wasp for CAS also means that most of its BVR advantages will have to be sacrificed, since it will need to utilise all of its (already limited) number of pylons for ground attack weapons instead of AAMs.

Last but not least, the stealthed variant is unable to carry anti-radiation missiles (as opposed to the To-201), which prevents it from being able to engage SAM batteries at stand-off distances like its CSAT counterpart.

Crew Capacity
The Black Wasp has a maximum seating capacity of one for just the pilot. It is unable to transport any additional passengers. 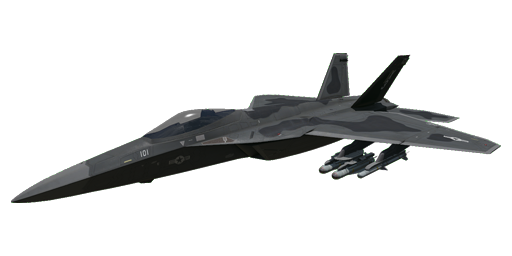 Has a total of twelve pylons (four external) that support dynamic loadouts. It is configured to use a multi-role loadout by default. 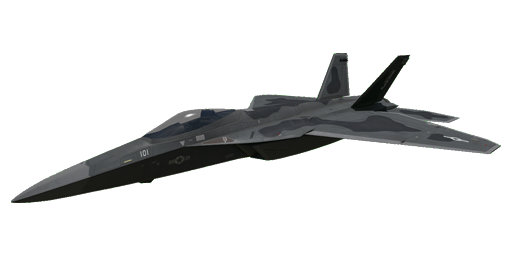 Only has a total of eight internal pylons that support dynamic loadouts, and is also configured to use a multi-role loadout by default.

Both variants of the Black Wasp have base armour values of 60.

The jet's hull can withstand 210 points of damage. Will result in a total loss if the hull's "health" is depleted.

Both engines can resist 180 points of damage before failing. The engines will take 450% increased damage from high-explosive (HE) weapons.

Destroying the engines will not result in a total loss, though 80% of damage is still inflicted against the Black Wasp's "health" pool. It can however, potentially cause it to blow up if the hull's integrity is already at critical.

If damaged: Decreases thrust output and can prevent the Black Wasp from attaining its top speed.
If destroyed: Total engine failure; jet will lose its ability to maintain power completely.

The Black Wasp's flight instruments, Head Mounted Display (HMD) and Multi-Functional Displays (MFD) can take up to 90 points of damage before failure. All instruments take 400% increased damage from HE-type weapons.

If damaged: Causes periodic flickering of MFD screens and the pilot's HMD. Instruments remain fully functional.
If destroyed: Both the MFD and HMD will be disabled. Instruments will malfunction and do not provide proper readings.

The Black Wasp's twin fuel tanks can withstand up to 240 points of damage before rupturing. It takes 500% increased damage from HE-type weapons, and 60% of incoming damage is also inflicted onto the Black Wasp's "health" pool.

If damaged: Gradual fuel leaking; will lose up to a maximum of 60% of the remaining fuel supply.
If destroyed: Rapidly lose entire fuel supply over the course of several seconds.

All six components can resist 108 points of damage before failing (individually). They take 350% increased damage from HE-type weapons.

Depending on which specific control surface is hit, the jet's handling and agility will be degraded based on the severity of the component's damage. If multiple parts are hit, it may become impossible for the Black Wasp to perform any high-G manoeuvres.

Both variants of the Black Wasp retain electronic stealth capabilities against active radars, though they have no masking against infrared/visual-based sensors:

The standard Black Wasp with external wing pylons has a radar cross-section rating of 0.8, which lowers the maximum detection range of active radars by 20%. The dedicated stealth variant however, has an RCS rating of 0.4 (a reduction of 60%).

The Black Wasp provides no stealth capabilities against infrared-based sensors.

The Black Wasp can be tracked at full range by visual-based sensors.

The Black Wasp has an array of sensors designed to allow it to operate effectively in both ground attack and air superiority roles:

It has an active radar range of 15 km against aerial targets, and 8 km against ground targets. Azimuth and elevation coverage extends to an angle of 45 degrees in both directions, while identity recognition locks in at 8 km out from a target.

IRST detection extends out to a maximum range of 2.5 km against aerial targets and just 2 km against ground targets. Azimuth coverage is a full 360 degrees but for elevation it is limited to only 45 degrees. It is only able to track targets that are moving at speeds of up to 1,800 km/h.

The visual sensor's coverage extends out to a distance of 4 km against aerial targets and 3 km for ground targets. Azimuth coverage is restricted to only 26 degrees, while for elevation it is 20 degrees. Unlike for IRST, the visual sensor is located in the EOTS camera just below the front of the cockpit/nose. It is a look-down sensor and has an elevation offset of 1 degree, and can only track targets moving at speeds of up to 360 km/h.

Both sensors operate at a minimum distance of 500 m, while targets can be recognised once they get within a range of 2 km from the Black Wasp.

NOTE: Only the weapons used on the default loadout for the Black Wasp are listed here. For full details on ordnance that can be mounted on the Black Wasp, refer to the dynamic loadouts article.

Target Lead Indication is provided on the pilot's Heads Up Display (HUD). Landing hits can be accomplished by pointing the M61's crosshair directly onto the HUD's circle.

Relies on the Black Wasp's Infrared Search and Track sensor to function.

Relies on the Black Wasp's Active Radar sensor to function.

Relies on the Black Wasp's Infrared Search and Track sensor to function.

Predicted Impact Point assistance is provided for "aiming" with the GBU-12s if no laser guidance is available.