The FV-720 Mora is a tracked Infantry Fighting Vehicle used by the AAF in ArmA 3.

An alternate variant is also used by the Livonian Defense Force, and is designated as the FV-720 Odyniec. It was added with the release of the Contact DLC.

The Mora is an armoured vehicle used to transport infantry squads into combat under protection, and to provide fire support once troops have disembarked.

Armament
It is fitted with a 30 mm cannon that is capable of firing both high-explosive and armour-piercing rounds at ranges of up to 1,500 metres against light-medium armoured vehicles.

A secondary 7.62 mm coaxial medium machine gun is also fitted alongside the cannon for use in lieu of the cannon against infantry.

The standard loadout of the Mora gives it 280 rounds of multi-purpose (MP-T) explosive rounds and 120 armour-piercing fin-stabilised discarding sabot (APFSDS-T) shells for the main gun.

Each munition type feeds from 140- and 60-round "magazines" for MP and APFSDS shells (respectively). The coaxial MMG on the other hand, feeds from a single 200-round belt and has a further 7 belts in reserve. When combined, this amounts to a total of 1,600 rounds.

Features
An old but proven and reliable British-made IFV, the Mora serves as an intermediate platform that combines the firepower of a modern 30 mm autocannon on a well-protected chassis.

Drawbacks
In contrast to both the AAF's own wheeled IFV and CSAT counterparts however, the Mora serves as more of a compromise between the two platforms. It lacks the ATGM launcher of both while also having inferior mobility compared to the latter. In addition, the Mora transports one less passenger as it only has a seating capacity of ten personnel including the crew.

Regardless of these drawbacks, the Mora works well under most circumstances as it is still better armoured than the Gorgon. This enables it to survive relatively unscathed in situations where direct combat would be unavoidable, and would otherwise result in a total loss or severe damage to a Gorgon instead.

Crew Capacity
The Mora has a seating capacity of ten personnel including the crew. The crew includes the driver, gunner and commander. 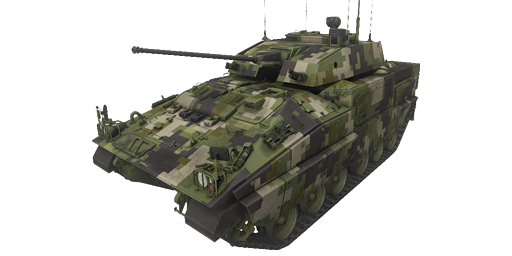 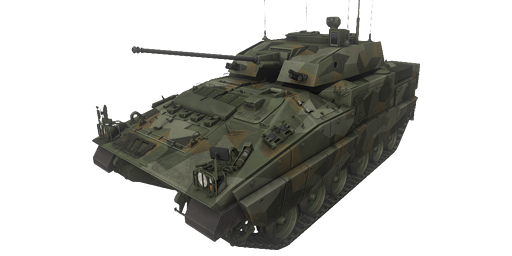 Its armament loadout remains the same but utilises red-coloured tracers for its MP/APFSDS shells and coaxial MMG instead.

All schemes can be applied onto the AAF Mora, though the LDF's Odyniec is exclusively restricted to using its own camouflage pattern:

(*) Changes are only visible if the Mora/Odyniec has the Camo Net component attached to it.

The Mora has a base armour value of 900. It relies on both Composite Armour plating and (optionally) addon Slat cages. It does not support being fitted with Explosive Reactive Armour blocks/panels.

Attached slat cages are fixed onto both sides, front and rear of the hull. Both sides of the turret are also protected, though the front will remain exposed.

The following highlighted positions serve as weak points on the Mora:

Note that in order to inflict actual damage, a munition must first penetrate through the surrounding armour plates and directly hit the component's weak point. Any strikes on non-highlighted parts will cause little (if any) noticeable damage.

The hull can only survive 270 points of damage. It will not cause a catastrophic kill on its own if fully depleted, but can potentially result in one if the Mora is at or near critical "health" status.

Slat cages reinforce and shield all sides of the hull (including the passenger compartment door but excluding the upper half of the frontal hull). They can take up to 200 points of damage before they break.

The cages take 200% extra damage from high-explosive (HE) type munitions. If the cages break, they will no longer protect the hull and must be repaired; either by hand or with the help of logistics.

The engine can survive 720 points of damage before failing. 60% of damage is always shared with the Mora's main "health" pool. Incoming damage from HE-based munitions is reduced by 80%.

Destroying the engine will not result in a catastrophic kill unless the Mora's "health" is at critical.

If damaged: Reduces power output, acceleration is decreased and it may become impossible to climb uphill.
If destroyed: Instantly immobilises the Mora.

The Mora's fuel tanks can incur 450 points of damage before rupturing. 70% of incoming damage is always shared with the Mora's main "health" pool. It takes 40% less damage from HE-type munitions.

As with the engine, destroying the Mora's fuel tanks will not result in a catastrophic kill unless the vehicle has been critically damaged.

If damaged: Gradually leaks fuel over time, but will stop at a threshold of 70% of the Mora's remaining fuel capacity.
If destroyed: All fuel will be completely lost over the course of several seconds.

Both treads can resist 400 points worth of damage. No amount of damage inflicted on them is transferred onto the Mora's "health" pool. They take 20% less damage from HE-type munitions.

The turret can resist up to 250 points worth of damage. No amount of damage incurred is transferred onto the Mora's "health" pool.

If the turret's armour plating has been compromised, no reductions will be applied to the velocity/raw damage of incoming projectiles.

Slat cages sheld all sides of the turret aside from the top and frontal cheeks. Each cage is able to withstand up to 200 points of damage before breaking.

The cages incur a 200% additional damage penalty from HE-type munitions. If broken, they must be manually refitted by hand or with the aid of a logistics vehicle.

The commander's optics can only take up to 90 points of damage. It has no resistance against explosive weapons and can be disabled by large calibre gunfire. No amount of damage is transferred onto the Mora's main "health" pool.

Disabling this component will prevent the commander from being able to rotate their optics independently.

NOTE: Cosmetic-only component modules with no gameplay effects are deliberately excluded from this section.

The Mora's gunner controls both of the turret's weapons; the Cannon 30 mm and Coaxial MG 7.62 mm. Regardless of weapon, the gunner's optics feature three fields of view and can toggle a day, night or black-hot/white-hot thermal vision mode:

The Cannon 30 mm serves as the Mora's primary weapon.

It has an effective firing range of 1,500 metres, and can attain a fire rate of up to 200 rounds per minute. There is no delay for switching munitions, but it always takes 20 seconds to finish the process. Dispersion is always identical regardless of whether AP or HE rounds are being fired and is fixed to 0.0018 rad.

The Fire Control System can automatically adjust zeroing on targets moving at speeds of up to ~ 110 km/h. There is a fixed delay of 1 second before the FCS can finish adjusting zero. The gunner can also opt to manually zero it, though it is only available in increments of 100 m that go up to a maximum of 2500 m.

The Coaxial MG 7.62 mm is fitted adjacent to the main cannon. It requires 10 seconds to reload a new belt.

The Coaxial MG's FCS can only zero against targets moving at speeds of up to ~110 km/h. It has an imposed delay of 1 second before it can finish adjusting.

LDF Odyniec IFVs on the move.