The Hatchback is driven by Sahranian civilians in ArmA: Armed Assault.

The Hatchback is a five-door compact car with a hatchback layout.

Features
Old but reliable, the Hatchback is a simple civilian vehicle used to get from one location to another (on paved roads). There are few differences to the Sedan, save that the Hatchback has a slightly lower top speed in comparison.

Drawbacks
Extremely fragile even by the standards of most civilian vehicles, the Hatchback is ill-suited for use in any combat situation. A few bursts of gunfire are more than enough to cause the vehicle to explode soon after being shot at.

While driving off-road, the Hatchback also has terrible handling and suffers severe penalties to its top speed. It will have immense difficulty in climbing up hills and faces an increased risk of rollovers while driving on steep terrain.

Crew Capacity
The Hatchback contains enough seats for the driver and up to a maximum of three other passengers.

The Hatchback has a base armour value of 20.

The vehicle's body can withstand up to 20 points of damage.

The engine can only take 8 points of damage before failing.

The fuel tank can withstand just 6 points of damage before rupturing.

Hatchback tyres can only survive 3 points of damage before they burst.

The Hatchback is driven by Chernarussian civilians in ArmA 2.

The ArmA 2 Hatchback is a five-door compact car with a hatchback layout.

Features
It is available in both modernised and older variants, with the only difference being their appearance, layout, and maximum speed. Each variant retains virtually identical performance metrics and handling.

Mobility
The ArmA 2 Hatchback is very similar to the Czech-made Touring car, and has overall decent handling while driving on flat surfaces.

The modern Hatchback can comfortably accelerate up to an absolute maximum speed of 241 km/h depending on the terrain. The older variant however, is limited to a maximum of only 125 km/h but can still drive at a decent pace of 101 km/h on most roads.

Drawbacks
Just like in Armed Assault, ArmA 2 Hatchbacks are no different and remain just as fragile. Both variants will not survive any form of combat and will be quickly disabled after one or two bursts of gunfire - either to their engines or wheels.

Crew Capacity
Aside from the driver, both variants of the Hatchback support up to four more passengers. 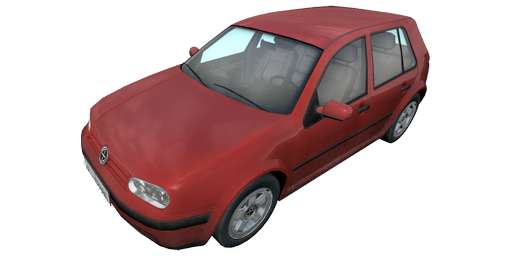 Can transport up to four passengers. 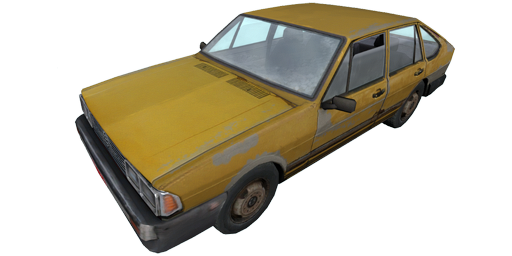 Identical in capability to the modern variant but has a reduced maximum speed.

Both variants of the Hatchback have base armour values of 20.

The engines can only survive up to 8 points of damage before failing. At least 20% of damage is shared with the vehicle's main "health" pool.

A damaged engine will prevent the Hatchback from being able to attain its top speed.

The fuel tank can only take a meagre 6 points of damage before rupturing. At least 50% of damage is shared with the vehicle's main "health" pool.

Incurred damage will cause the Hatchback to gradually leak fuel over time.

Each tyre can incur just 3 points of damage before bursting.

The Hatchback is driven by Altian civilians in ArmA 3.

The ArmA 3 Hatchback is a five-door car that uses a front-wheel drive layout.

Features
It is available in two variants; the standard version and a dedicated sports variant designed for motorsports racing. Unlike its standard variant, the sports model has a stronger engine that enables it to reach more than double the top speed of regular Hatchbacks.

Mobility
The Hatchback remains mostly similar to its predecessor in that it has fairly decent acceleration on paved roads but has otherwise average handling in general. As is to be expected, it also has very poor acceleration while driving off-road.

Drawbacks
The ArmA 3 Hatchback naturally retains the same flaws as its predecessor - namely that it doesn't have any armour plating that would protect its passengers from gunfire or explosives.

The vehicle itself is quite fragile as a result, and can be rendered disabled (if not becoming a total loss) from colliding with small objects or structures even at moderate speeds.

Crew Capacity
Both variants of the ArmA 3 Hatchback are capable of transporting up to four passengers (including the driver). 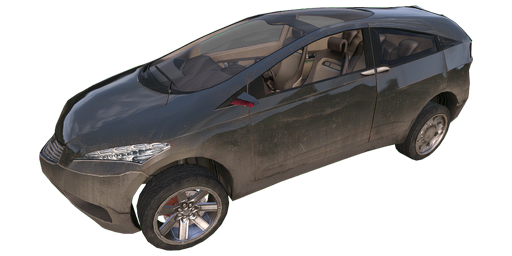 Can transport up to three passengers. 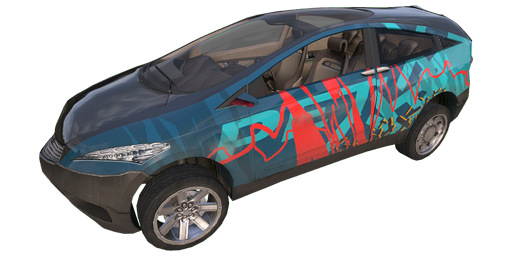 Faster version of the baseline Hatchback.

It has a top speed of over 326 km/h on flat and level terrain along with dramatically increased acceleration. It remains otherwise identical to the standard variant (functionality-wise).

Both Hatchback variants have a base armour value of 30. As civilian vehicles, they cannot be fitted with additional armour modules.

The following highlighted positions serve as weak points on Hatchbacks:

Weak point locations are identical on both the baseline and Sport variants.

The body on all Hatchbacks can survive just 30 points of damage. They take 150% increased damage from high-explosive (HE) type munitions. Depletion of the body's integrity will result in a catastrophic kill.

The engine can survive only 15 points of damage before failing. It takes 50% less damage from HE-type munitions, though up to 50% of incoming damage will be shared with the vehicle's main "health" pool.

It cannot cause a catastrophic kill by itself unless the Hatchback is critically damaged.

If damaged: Reduces power output, acceleration is decreased and it may become impossible to climb uphill.
If destroyed: Instantly immobilises the Hatchback.

The Hatchback's fuel tank can resist up to 15 points of damage before rupturing. Only 10% of damage is shared with the vehicle's main "health" pool. It takes 150% increased damage from HE-type munitions.

A destroyed fuel tank will not cause a catastrophic kill unless the Hatchback is critically damaged.

If damaged: Gradually leak up to 10% of current fuel capacity over time.
If destroyed: Causes it to rapidly lose its entire fuel capacity in just a few seconds.

All four wheels are able to resist up to 80 points of damage. They incur a 400% damage penalty from HE-type munitions, though no amount of damage is shared with the vehicle's main "health" pool.

Destroying all four wheels will be needed to immobilise Hatchbacks. Depending on which and how many are remaining, it is entirely possible for Hatchbacks to continue driving with two out of four tyres missing (though making simple manoeuvres will be extremely difficult).

Dashboard view of the Hatchback's interior.