The Kamaz (alternately called the Utility Truck) is a family of logistics trucks used exclusively by the Russian Armed Forces in ArmA 2.

The Kamaz is a family of Russian-made 6x6 light utility trucks. It uses a conventional layout with a front-mounted engine and a all-metal forward control cab.

Features
There are a total of six more configurations of the Kamaz aside from the baseline troop transport variant. These include a fuel tanker, ammunition transport, field repair vehicle, and a salvager/supply carrier variant.

Mobility
Although slower than its American counterpart, the Kamaz has surprisingly decent off-road handling and can accelerate more quickly compared to the older Ural truck. Due to its higher centre of gravity, it does face a greater risk of a rollover when turning at high speeds.

Crew Capacity
Regardless of variant, the Kamaz always has a capacity of three seats for a crew that consists of a driver and two passengers who sit in the cab alongside the driver. 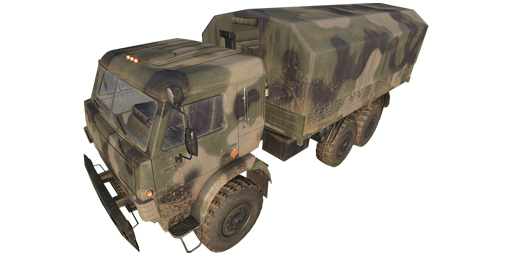 Baseline variant. Can transport up to eleven passengers on its rear flatbed.

The rear section is covered with a tarpaulin which can hide troops from view (note that the tarpaulin does not provide ballistic protection). 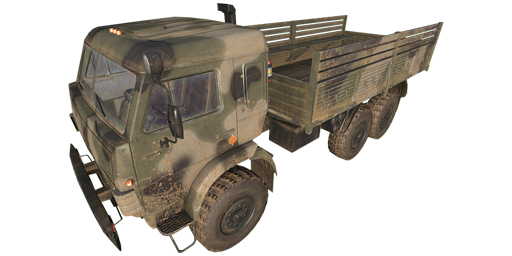 Identical to the baseline transport variant but lacks the tarpaulin cover. Transports the same number of passengers. 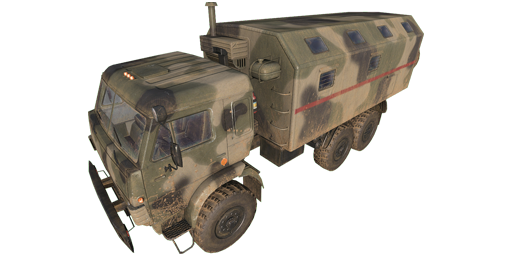 Carries spare parts, tools, and additional components that can repair nearby land vehicles and grounded aircraft. Has only two seats for the driver and a cab passenger. 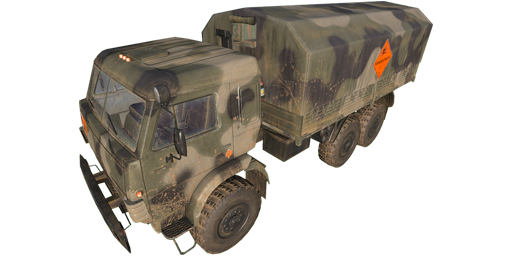 Visually identical to the Repair variant, but the rear container stores ammunition and ordnance instead. 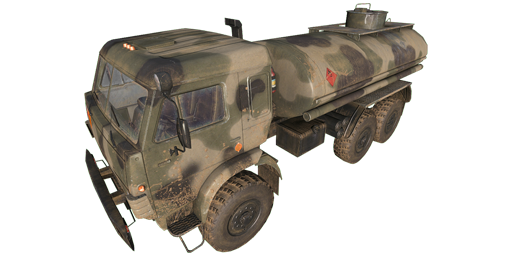 Has a large fuel tanker attached to the rear flatbed section.

It can refuel nearby land vehicles and grounded aircraft. Contains the same amount of seats as the Repair variant.

Visually identical to the Ammunition variant.

It will automatically be dispatched from the closest forward base to a nearby town to increase its "supply" value.

All variants of the Kamaz have base armour values of 32.

Their engines are only capable of withstanding 12.8 points of damage. Only 40% of damage on this component is shared with the vehicle's main "health" pool.

A damaged engine will prevent the vehicle from being able to attain their top speeds.

The fuel tanks (not the cistern on Fuel variants) can incur up to 44.8 points of damage before failing. At least 50% of damage on the tanks will be transferred onto the vehicle's main "health" pool.

A damaged tank will cause the vehicle to gradually lose fuel over time.

The tyres on all variants can only take 12.8 points of damage before bursting. Only 30% of damage is shared with the vehicle's main "health" pool.