ArmA 3's Karts DLC adds a Go kart vehicle and also includes a signal flare gun. It was released on May 29th, 2014.

This light-hearted DLC grants owners the ability to drive go karts in a collection of preset races and/or time trials.

Other content includes racing-themed props along with modules that can be placed by Zeus players to build either singleplayer or multiplayer Check Point races. 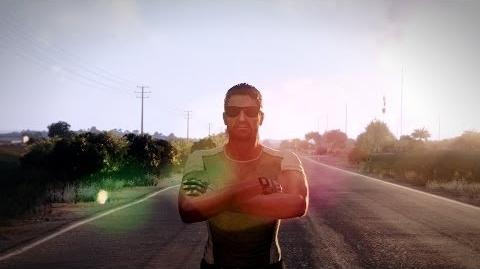