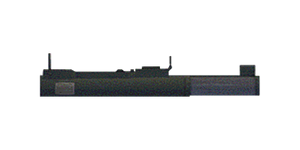 The M72 LAW is used by both U.S. military forces and in limited numbers with the Nogovan Partisans in ArmA: Cold War Assault.

The M72 LAW is an unguided and reloadable, portable short-range rocket launcher.

It uses 66 mm rockets fitted with a high-explosive anti-tank (HEAT) warhead, and has a maximum range of up to 500 metres.

The M72 LAW serves as the primary anti-tank launcher of U.S. forces at the height of the Malden Islands Crisis.

Like its Soviet counterpart, the M72 LAW is designed to be a short-ranged AT weapon. The M72's rockets are powerful enough to destroy most light ground vehicles like Armoured Personnel Carriers in a single hit.

However, better armoured vehicles such as the T-72 will require a minimum of two rockets to destroy. The heaviest of armoured vehicles like the T-80 will necessitate at least three shots to disable. Against such targets, the Carl Gustav would be preferable due to the latter's significantly more powerful warhead.

The M72 LAW can only be loaded with one type of rocket. It requires two free inventory slots to carry:

The rocket is always fired with an initial velocity of 30 m/s and only needs 0.2 seconds after launch to reach a maximum speed of 350 m/s in mid-flight. The warhead has a blast radius of 2.5 metres.

Promotional screenshot released during the pre-Alpha phase of ArmA 3's development. Note the silhouette of the NATO infantryman in the centre-left, carrying what appears to be the M72 LAW. 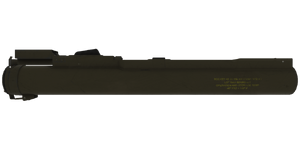 The M72A3 LAW is used exclusively by U.S. military forces in ARMA Reforger.

The M72A3 LAW in Reforger serves as a disposable counterpart to the Soviet RPG-7V1.

Both fulfil a similar role, the main difference being that unlike the RPG-7V1, LAWs cannot be reloaded after firing and the tube must be discarded upon use.

LAWs are always pre-loaded with a single 66 mm rocket fitted a high-explosive anti-tank (HEAT) warhead. The leaf sight is adjustable, and can be set for targets at distances of between 50 m up to a maximum of 350 m (adjustments are made with increments/decrements of 50 m).

The M72A3 LAW is restricted to one type of rocket. It is a disposable launcher and cannot be reloaded after use:

It is launched with an initial velocity of 150 m/s. Rockets have a minimum fuse range of 10 metres and a maximum flight time of 6.1 seconds. The warhead consists of two components: the primary explosive, and a secondary chemical-based penetrator submunition.

On the other hand, the secondary submunition is launched with a velocity of 1,000 m/s and can pierce up to 320 millimetres of armour plating. It deals both kinetic and incendiary-type damage.