Armed Assault Wiki
Register
Don't have an account?
Sign In
Advertisement
in: Companies, Civilians, Laws of War DLC,
and 2 more

The Macrotech Corporation is a technology company.

The Macrotech Corporation manufactures a variety of military drones used by the U.S. military:

Its commercial portfolio also consists of the Explosive Ordnance Disposal-oriented Demining Drone and its water-gel compound based (Crovex) charges. In addition, they manufacture the IM-5 Monitor, a UAV originally intended for military use but has since been converted into a surveillance drone for law enforcement agencies.

As of 2039, the position of CEO is chaired by Mark Harris.

The company became the focus of intense media scrutiny after one of Macrotech's Greyhawk drones were involved in a friendly fire incident. The incident occurred on June 19th, 2039, during NATO's biennial "Electron" military exercises between U.S./British forces and their Livonian counterparts.

The drone dropped a GPS-guided bomb which overshot its target impact zone and struck friendly positions instead. The accident claimed the lives of seven Livonian soldiers and one American.

The investigation has yet to conclude, though Macrotech's CEO has continued to deny any allegations that the drone's onboard systems suffered a technical malfunction. He has insisted that other factors were at play, and is refusing to accept any liability for the incident - much to the frustration of the Livonian government. 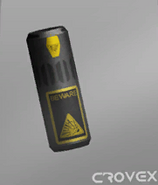 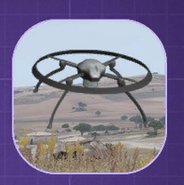