For premium content, the DLC adds five marksman rifles for each of the main factions (aside from the AAF) that have vastly different handling profiles. In addition, two medium machine guns in the form of the SPMG and Navid have been added to the NATO and CSAT factions.

Two deployable and remotely-operated Remote Designator turrets are also added to both factions, and can be assembled at any location to remotely designate targets or observe locations from a safe distance.

As part of the free platform update, the Marksman DLC includes significant improvements to infantry combat through the incorporation of weapon resting and functionality for both attachable/integral weapon bipods. General improvements to the AI have also made with the addition of a suppression mechanic, as well as better reaction to incoming fire.

Alongside the premium content, personal protection equipment (PPE) has also been expanded with the addition of heavy plate carriers for specialist NATO and AAF infantry classes. These additions are completely free for both DLC and non-DLC owners. 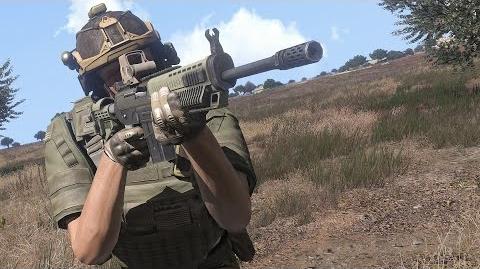