The Mi-290 Taru is a heavy-lift utility helicopter used by both CSAT forces and the Russian Spetsnaz in ArmA 3. It was added with the release of the Helicopters DLC.

This is a premium asset that requires ownership of the Helicopters DLC.

The Mi-290 is a twin-engine, heavy-lift utility helicopter that uses a distinctive coaxial rotor system which removes the need for a tail rotor.

It is unique for its ability to utilise interchangeable mission pods, which grant the Mi-290 a diverse array of performable roles, from transporting troops into battle, to providing air medical services.

Features
It is available in up to eight variants, each variant featuring a mission pod that is fixed to the Mi-290's fuselage, which is where the passenger cabin would be on a conventional helicopter.

Aside from the standard version with no attached pod, these variants range from a munitions carrier, with an ammunition container attached; a troop transport variant, with a fixed open-air bench pod; a supply carrier, with a cargo container; a fuel tanker; a medical transport pod, with stretchers; a vehicle repair pod; and another troop transport variant, with a closed pod instead of open benches.

Unlike its NATO counterpart which is specialised exclusively as a troop transport with moderate slingloading capabilities (and uses a more traditional helicopter design), the Mi-290's unique mission pod capability allows it to do much more than just transport troops.

Mobility
It is slightly slower than the Huron, but features much better manoeuvrability and a more compact airframe. It can transport troops and lift cargo to and from smaller landing zones as a result.

Drawbacks
One consequence of its multi-role capability is that it comes at the cost of armament. While the Mi-290 does possess countermeasures and an RWR to ward-off and notify (respectively) the crew of anti-air threats, it's completely helpless should it come under fire from surface-to-air missiles and cannon fire. This necessitates the need for an escort when operating in hostile territory, as unlike the Huron it cannot defend itself from enemy threats.

Another downside is the exposed and unarmoured cockpit, which does little to protect the pilot and the crew from small arms fire; even medium calibre weapons like the Mk200 or the Mk-I EMR can penetrate the windows.

Lastly, the Mi-290 shares the same electronic signature flaws of the Mi-48 attack helicopter. It is easy to detect on active radars as well as on infrared, meaning it can always be seen on both sensors at distances of 20% more than their default maximum ranges, further compounding its survivability issues.

Crew Capacity
All variants always have at least three seats for the crew that consists of the pilot, co-pilot, and a loadmaster. 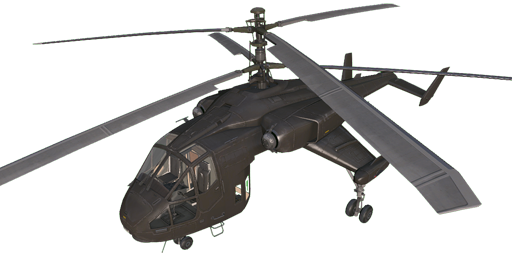 Baseline variant. Can slingload most (non-tracked) ground vehicles but has no other unique capabilities. 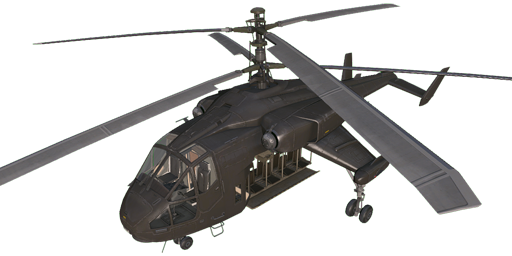 Carries an open-air bench that can seat up to eight passengers. Riders on all eight passenger seats can fire their own weapons from the benches. It cannot slingload vehicles. 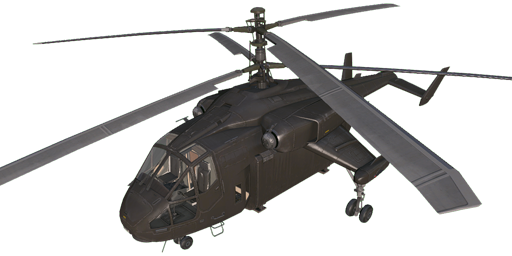 Carries a large container that can store supplies. Cannot slingload vehicles and has the same amount of seats as the baseline variant. 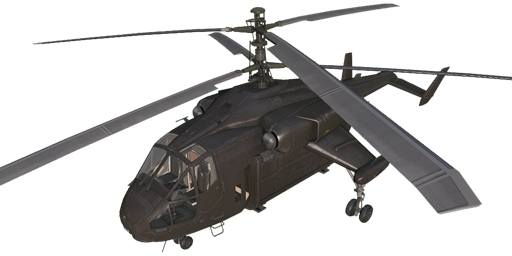 Carries an ammunition supply container that can rearm nearby land vehicles and grounded aircraft. Cannot slingload vehicles and has the same amount of seats as the baseline variant. 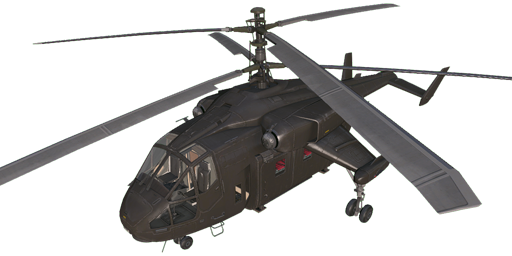 Carries a closed troop transport pod with a retractable ramp. It can seat up to fourteen passengers, two of which can fire out of the entrance. Cannot slingload vehicles. 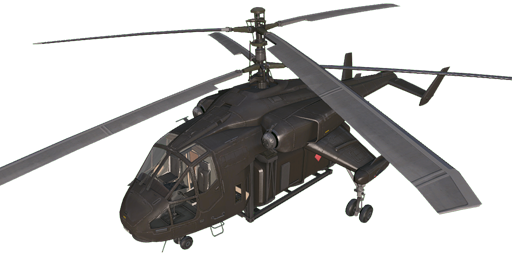 Carries a large fuel tank that can refuel nearby land vehicles and grounded aircraft. Cannot slingload vehicles and has the same amount of seats as the baseline variant. 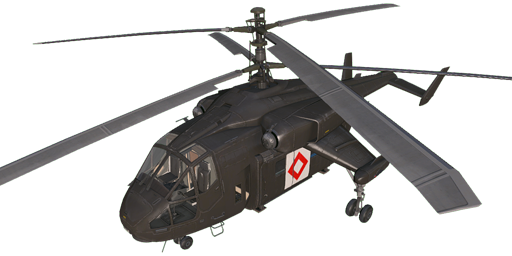 Medevac variant. It carries a closed passenger pod with enough benches for up to three wounded soldiers and one additional attendant/flight medic. Cannot slingload vehicles. Carries a large container with spare parts, tools, and components that can repair nearby land vehicles and grounded aircraft. Cannot slingload vehicles and has the same amount of seats as the baseline variant.

All variants of the Mi-290 have base armour values of 40.

Hull damage is calculated based on the integrity of other components on the Mi-290. Until all other parts of the helicopter have been critically damaged, the hull itself can never be "destroyed".

Each of the Mi-290's engines can survive 80 points of damage (there are two in total). They take 200% increased damage from high-explosive (HE) type munitions.

If damaged: Reduced power output and makes it difficult to gain both speed and altitude.
If destroyed: Can potentially blow up the Mi-290 instantly if overall status of helicopter is at critical.

The Mi-290's fuel tank can resist up to 60 points of damage before rupturing. It takes 200% damage from HE-type weapons.

Rupturing the Mi-290's fuel tank will not result in a total loss unless the helicopter's damage levels are already at critical.

Consists of the pilot/gunner flight instruments, Multi-Functional Displays (MFD) and Helmet Mounted Displays (HMD). They can only take a meagre 6 points of damage before failing.

If damaged: Occasional flickering of MFDs and crew HMDs. Other instruments unaffected.
If destroyed: MFDs and HMDs disabled. Instruments may not display proper readings.

The coaxial rotors can incur up to 104 points of damage before failure. They receive 200% increased damage from HE-type munitions.

Disabling either one of the rotors will significantly increase the difficulty of controlling the Mi-290's yaw/pitch. If both are disabled, the Mi-290 will lose the ability to maintain its altitude completely.

The main rotor transmission can survive 60 points of damage before failing. At least 80% of damage is shared with the Mi-290's main "health" pool.

Designed exclusively for transporting troops and cargo, the Mi-290 has only one type of sensor available:

The Mi-290 does not use an active radar as it completely unarmed.

The Mi-290 does not have the ability to detect targets visually or through IRST.

The Mi-290 does not have the ability to lock onto laser marks or infrared strobes.

The Mi-290 has a maximum weight capacity of 13500 kg and is able to slingload and transport a variety of vehicles and equipment.

The Mi-290's lifting abilities greatly exceed the vehicle transport version of the Y-32. As such, the Mi-290 is the only CSAT vehicle that is able to airlift Ifrits (both armed and unarmed), SDVs, armed boats, and UGVs.

Once again, it should be noted that only the standard Mi-290 is able to slingload cargo. The Ammo, Bench, Cargo, Fuel, Medical, Repair, and Transport variants do not retain the ability to slingload any payloads since they already have pods affixed to their fuselage.

NOTE: Only one pod may be slung at any given moment. Pods can be destroyed if they are struck by anti-structure munitions or are caught in the blast zone of large explosives.

Mi-290 variants which do not have supply pods already fixed onto their fuselage are able to slingload pods instead. These allow those variants specifically to gain logistical capability (albeit not innately): Can rearm vehicles and grounded aircraft that are parked next to it. 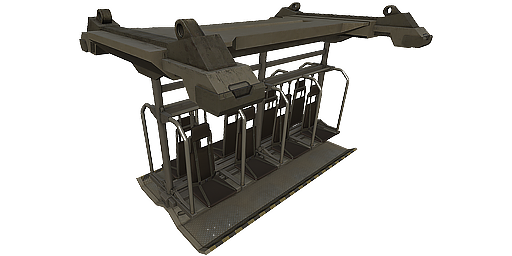 Can carry up to eight passengers at a time. They are seated facing outward on opposite sides. All passengers are able to utilise FFV. 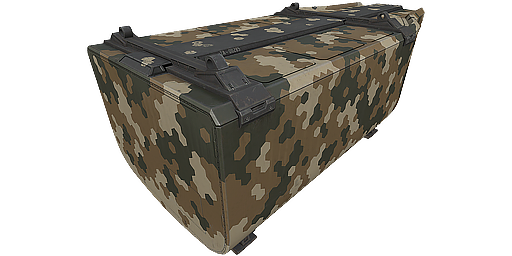 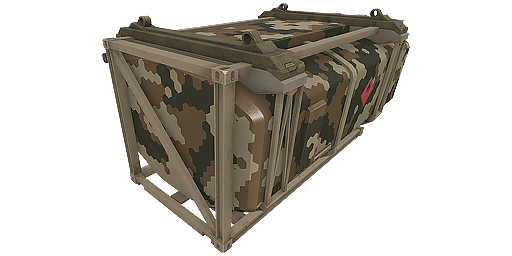 Can refuel nearby vehicles and grounded aircraft. 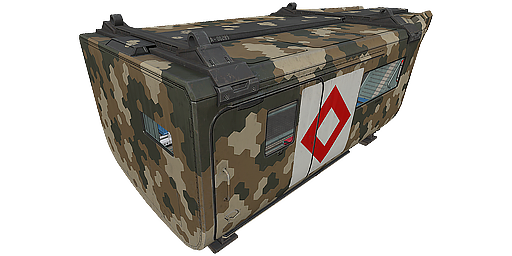 The pod can carry four passengers, three of whom lie on beds while the fourth sits upright. Injured human soldiers and civilians can also "use" this container to "heal" themselves by using the Treat command. 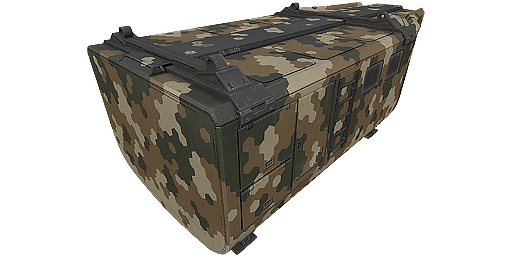 Can repair damaged vehicles and grounded aircraft that are positioned around it. 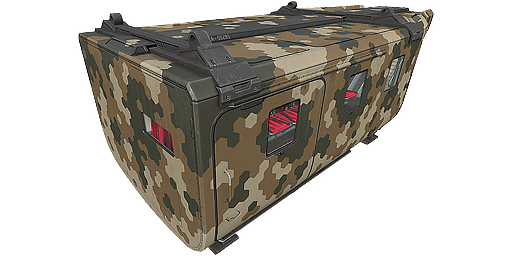