The Motorboat is a luxury watercraft used by Altian and Tanoan civilians in ArmA 3.

The Motorboat is a civilian speedboat that uses an outboard twin engine design with a V-drive configuration.

Features
It can cut through the water with relative ease and is able to rapidly turn at a moment's notice, while still being able to cruise at a pleasant speed along the coastline or waterways.

Though not nearly as fast as its military counterpart or the RHIBs favoured by Tanoans, the Motorboat's nimble design still enables it to retain a top speed of roughly 69 km/h.

Drawbacks
As the Motorboat is intended for civilian recreational/law enforcement use only, it naturally does not possess any weaponry or armour plating. It also cannot be slingloaded or transported internally by any kind of transport aircraft.

Crew Capacity
The Motorboat has a seating capacity of only three personnel (including the driver). Both passengers are seated comfortably on a couch located in the rear of the boat. 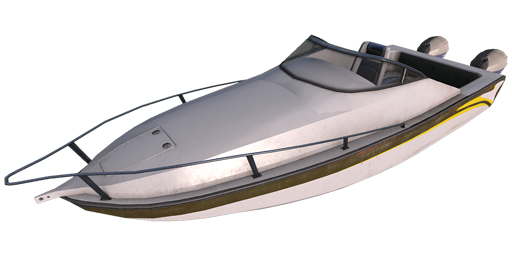 Can transport up to two passengers (not including the driver) but otherwise has no other unique capabilities. 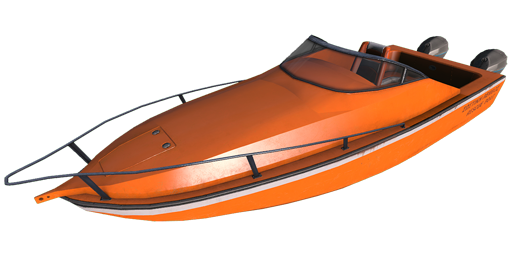 Maritime rescue vessel. It is functionally identical to the baseline variant but uses a rescue-themed paint scheme instead. 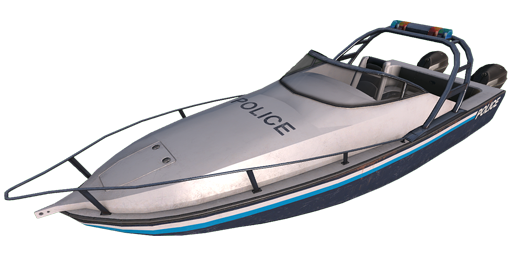 It is functionally identical to the baseline variant like the Rescue version but has a police light bar/beacon mounted on top that can be toggled on and off. Additionally, it uses a police-themed livery paint scheme.

All Motorboat variants have base armour values of 60.

The Motorboat's hull can withstand up to 60 points of damage. High-explosive (HE) type munitions will always inflict 200% additional damage on the hull.

The engines on each Motorboat variant can only withstand a meagre 12 points of damage before failing. They take a 200% increased damage penalty from HE-type munitions.

Destroying the engines will not result in the boat's destruction unless the vessel is at critical.