Motorcycles are used by both Maldenian and Nogovan civilians in ArmA: Cold War Assault.

The Motorcycle is a single-engined motorbike.

Features
Essentially the motor-powered counterpart of the Bike, Motorcycles serve as speedy transports that can quickly transport the driver from one location to another.

Being capable of reaching speeds of up 120 km/h on paved roads, Motorcycles can be particularly difficult to intercept with gunfire alone unless it's moving in a linear direction.

Drawbacks
However, they are by no means impervious to damage (unlike with Bikes) and can be easily destroyed by enemy fire or crashing into obstacles.

Since they obviously require fuel to operate and deplete it rather quickly, Motorcycle riders need to regularly top up at fuel stations or supply trucks to avoid being stranded mid-travel.

Crew Capacity
Motorcycles can only transport the driver themselves. They cannot carry any additional passengers.

Motorcycles have 10 points worth of armour plating.

Motorcycles are used by both U.S. Army forces and the SLA, as well as with civilians in ArmA: Armed Assault.

Motorcycles return in Armed Assault for both civilian and military use.

Features
Powered by a single-cylinder engine, both variants (M1030s/TT650s) remain just as fast as their Cold War-era predecessors, being capable of easily attaining a top speed of 120 km/h depending on the terrain.

One improvement with Motorcycles in Armed Assault stem from their ability to carry a single passenger in the back. Whereas previously Motorcycles were limited to just ferrying the driver, they can now be utilised in a reconnaissance role, or for sniper teams requiring fast transportation.

Drawbacks
As before, all Motorcycles have non-existent armour plating and do not shield their riders from enemy fire. Since they're just as fragile as ever, crashing into obstacles (i.e. rocks) at even moderately fast speeds can instantly disable the Motorcycle and injure the riders.

Crew Capacity
Motorcycles (all variants) support both the driver and a single passenger who sits directly behind them. 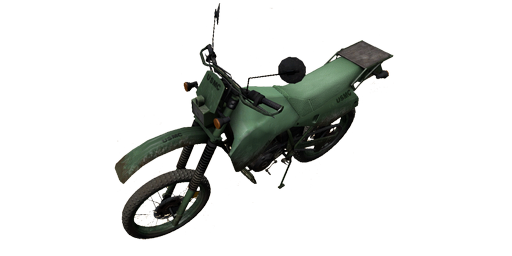 It can transport just a single passenger. 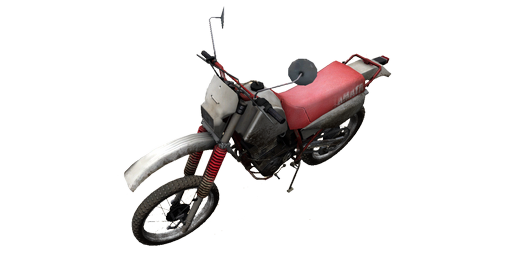 Alternate civilian variant. With the exception of appearance, it is virtually identical to M1030s used by the U.S. Army.

It is also capable of transporting a single passenger.

The TT650G is identical to civilian TT650s but is exclusively utilised by SLA forces.

Performance-wise, it is also the same as M1030s and can transport a single passenger in the back.

The bike's body can resist up to 20 points of damage.

Their engines can withstand up to 60 points of damage before failing.

The fuel tank can survive 28 points of damage before it ruptures.

Either of the bike's tires will burst if they take more than 2.5 points of damage.

Motorcycles are used by several BLUFOR, OPFOR and Independent factions, as well as with Chernarussian and Takistani civilians in ArmA 2.

Features
It is now available in three variants: M1030s used by U.S. Marines and Army forces, TT650Gs utilised by various Chernarussian/Takistani factions and civilians, as well as the Old moto, only used by Takistani civilians/militias.

As an alternative to ATVs, both fulfil a similar role as fast transports and not much else.

Compared to their predecessors in Armed Assault, ArmA 2's Motorcycles are virtually identical and haven't changed in the slightest handling-wise.

Crew Capacity
No matter the variant, all Motorcycle variants only support the driver and one additional passenger. 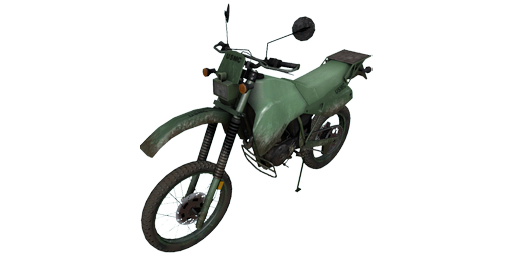 Exclusive to the U.S. Marines and U.S. Army forces.

It can transport one passenger. 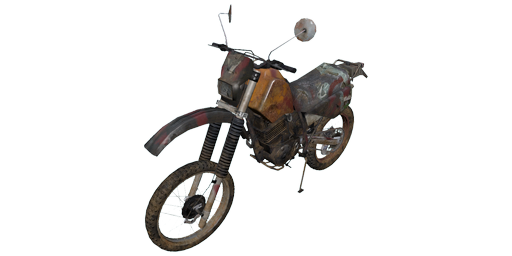 It is also capable of transporting just a single passenger in the rear. 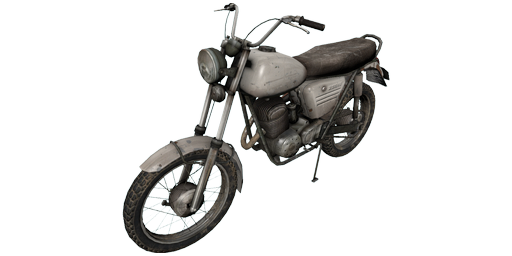 It can only carry one passenger and has an overall weaker structural integrity. In all other aspects, it is no different to M1030s/TT650Gs.

Only TT650Gs have alternate camouflage options. Both the M1030 and Old moto are restricted to using their default schemes: 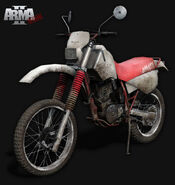 Retrieved from "https://armedassault.fandom.com/wiki/Motorcycle?oldid=64970"
Community content is available under CC-BY-SA unless otherwise noted.