The RBS-70 is a 106 mm anti-aircraft turret used exclusively by Czech military forces in ArmA 2. It was added with the release of the Army of the Czech Republic DLC.

The RBS-70 is a defensive, surface-to-air missile turret that fires beam riding missiles.

It has a maximum fire rate of only 15 missiles per minute. It uses a simple ironsight with an overlaid crosshair for aiming. Each launcher comes pre-loaded with a single missile, and have a further nine more to spare for a combined total of ten SAMs.

The RBS-70's 106 mm missiles are fitted with high-explosive fragmentation (HE-Frag) warheads, and are capable of striking aircraft at distances of up to 8,000 metres away.

Undoubtedly one of the best static AA launchers in ArmA 2, the RBS-70 has double the maximum range of its American-made counterpart and unlike the Igla, is also capable of instantly acquiring a lock-on.

Because the RBS-70 can also make use of beam guidance, its operator can ambush aircraft like helicopters without the pilot becoming alerted to being locked onto. At the same time, this technically makes the RBS-70 immune to being distracted by countermeasure flares; provided that they only attack the target by manually guiding the missile.

Its only real drawback stems from its missiles having extremely low resistance against flares. Non-manually guided missiles have only a 20% chance of not having their lock-on broken by flares. Since manual guidance generally isn't a feasible option against fixed-wing aircraft, this makes the RBS-70 completely useless against fast and high flying jets like the Russian Su-34.

The RBS-70 is designed to launch only one type of missile:

Its missiles are fired with an initial velocity of 50 m/s. The motor will ignite 0.25 seconds after launch before hitting a top speed of 660 m/s in mid-flight. Its warhead uses a high-explosive (HE) payload with a blast radius of 8 metres. 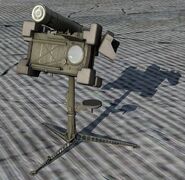 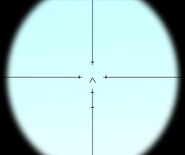