The T810 is a logistics truck used exclusively by Czech military forces in ArmA 2. It was added with the release of the Army of the Czech Republic DLC.

First manufactured in 2007, the T810 is a general utility truck that was designed to replace the ageing V3S series of trucks in the Czech military. It is primarily intended to serve as a logistics truck, and is used to transport troops and cargo.

Features
The T810 has several more configurations available aside from the two basic transport models in the form of an armed troop transport, fuel tanker, ammunition transport, and a repair truck variant.

A rugged 6x6 truck, the T810 is exclusively operated by the Czech military and serves as the Czech equivalent to the American MTVR and Russian Kamaz series of utility trucks.

While ferrying troops between locations in non-combat situations is its main purpose, the T810 can also serve in low-intensity warfare scenarios and transport troops directly into battle, thanks to its dedicated gun truck variant which has an armoured cab that is resistant against small arms fire.

Mobility
Compared to its contemporary counterparts, the T810 has fairly decent handling and acceleration. It is slightly faster than the MTVR on flat terrain (though this depends on other environmental factors as well) but like the Kamaz family, has slightly less stability when it comes to sharp turns and is at risk of flipping over if the driver turns too quickly at high speeds.

Crew Capacity
Regardless of variant, the T810 always has enough seats for a crew that consists of both the driver and cab passenger. 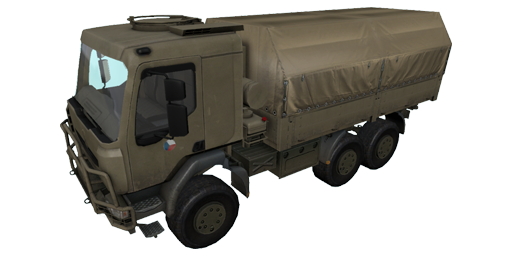 Baseline variant. Can transport up to twelve passengers.

Serves as a troop transport that has a flatbed section in the rear that is covered with a tarpaulin which can hide troops from view (note that the tarpaulin does not provide ballistic protection). 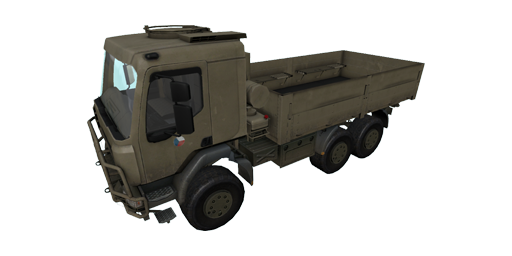 Completely identical to the baseline variant function-wise but lacks the tarpaulin covering the flatbed. 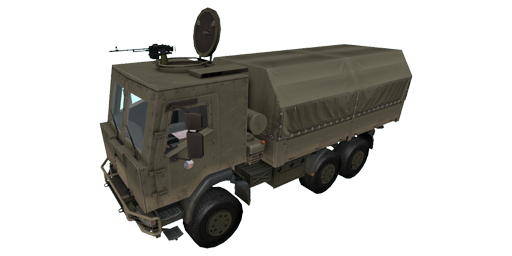 Also identical to the baseline model like the Open variant but has a few differences; notably that it has a gunner manning the PKT machine gun fitted to the roof of the cab which is pre-loaded with a single 200-round belt box of 7.62 mm ammunition. It carries a further four more boxes left in reserve.

The cab is armoured and highly resistant to small arms fire, though the glass is still penetrable. Transports the same number of passengers but with the cab passenger serving as the gunner instead. 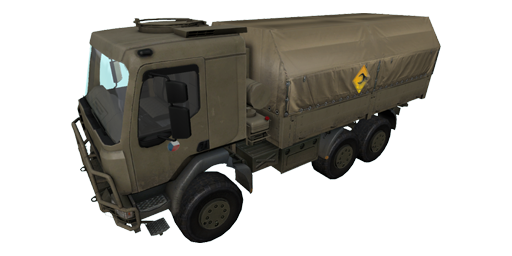 Carries spare parts, tools, and additional components that can repair nearby land vehicles and grounded aircraft.

Has only two seats for the driver and a cab passenger. 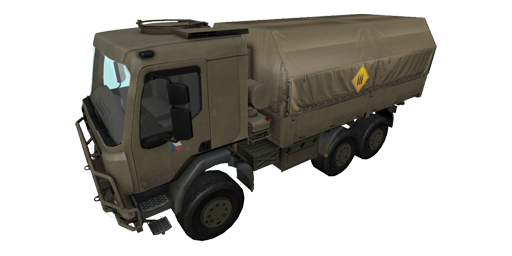 Visually identical to the baseline variant but cannot transport any passengers (other than in the cab), as the rear flatbed is occupied by supply crates. 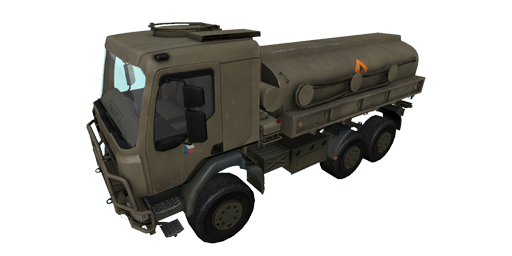 Has a fuel cistern attached to the rear flatbed. It can refuel nearby land vehicles and grounded aircraft.

A damaged engine will prevent T810s from attaining their top speed. Regardless of variant, up to 20% of damage is shared with the T810's main "health" pool.

The fuel tank on the up-armoured T180 can incur up to 140 points of damage before rupturing. The tanks on unarmoured trucks are only able to 56 points of damage, however.

Damaging the fuel tank on any variant will cause them to gradually leak fuel over time.

The gunner on armed variant of the T810 controls the cab roof-mounted PKT machine gun:

7.62 mm medium machine gun. It has an effective firing range of 800 metres.

The PKT can attain a fire rate of up to 800 rounds per minute with a muzzle velocity of 900 m/s. Accuracy-wise, dispersion is always fixed at 0.00125 rad regardless of distance. It takes 5 seconds to finish reloading a fresh belt box.