Both Beyond Hope and Stepping Stone have two missions included in each of them respectively, while Steel Pegasus has three playable missions. All of the scenarios are linked into the main storyline of The East Wind and take place at various stages of the campaign's timeline.

The missions themselves are single player-centric and make extensive use of existing assets. All of the scenarios have a strong focus on replayability; this is done through allowing players to choose different roles (infantry, ground vehicles, or spec ops) at the start of each mission, which ensures that every playthrough will have a different experience compared to the more rigid and linear structure of campaigns in the past.

Aside from the aforementioned scenarios and music tracks, Tac-Ops is exclusively a mission pack and does not contain any premium assets akin to the Apex DLC aside from a few new textures for existing vehicles. This is for content from both the base game, and the Laws of War DLC.

In addition, while Tac-Ops is not bundled with a free platform update, it does include the ability for developers to generate After Action Reports (AAR) as well as the Animated Briefing Framework for use in the Eden editor. 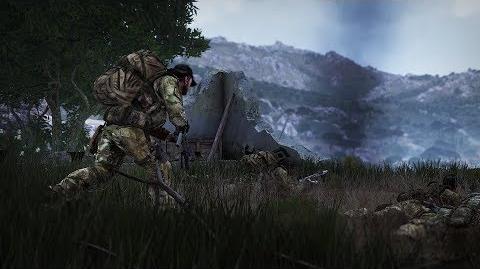