Up to three new armoured vehicles and the Vanguard multiplayer game mode are included with the DLC as premium content.

As with all premium DLC releases, Tanks is also bundled with a free platform update. Amongst these improvements are enhancements to the PhysX simulation for tracked vehicles, an alternate top-attack flight profile for the Titan MPRL Compact and PCML missile launchers, and fully detailed interiors for all existing and premium armoured ground vehicles.

A new armour component system for ground vehicles has also been implemented which allows for better damage simulation from projectiles, as well as fully functional Explosive Reactive Armour (ERA) modules on some vehicles as opposed to being treated as purely cosmetic additions (as they previously were).

The ability to customise the appearance of vehicles with external equipment such as backpacks, visual/infrared camouflage netting, or destructible slat cages, has also been included for use in the Eden editor and Virtual Garage.

New placeable objects have been added to the editor, as along with two new anti-tank launchers for use by all the factions: the MAAWS Mk4 and 9M135 Vorona. A new sub-variant of the Zamak truck, capable of firing a barrage of artillery rockets, has also included. Unlike the premium vehicles, the two new launchers and the Zamak derivative are completely free to use regardless of whether the player owns the DLC.

(*) Denotes premium content that is only available to DLC owners.
(**) Denotes free content included as part of the platform update.
(***) Denotes additional free content but requires a separate premium DLC to use. 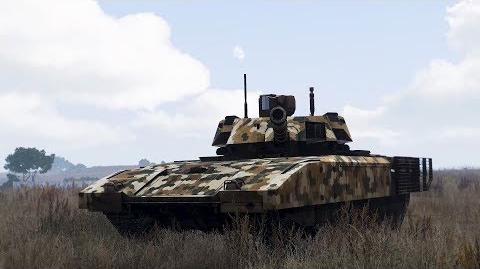 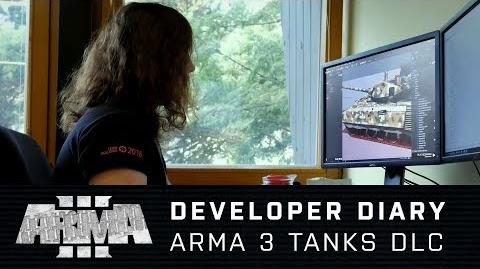