The Tempest is a logistics truck used exclusively by CSAT forces in ArmA 3.

Introduced to supplement the Zamak family of trucks, the Tempest is a highly flexible, multi-purpose modular vehicle that sports different capabilities depending on the variant such as transporting troops, and repairing or refuelling vehicles.

Features
There are a total of six more variants of the Tempest (aside from the baseline troop transport variant). These include fuel tanker and medical transport variants, and a unique flatbed version that houses a non-functional model of the "Eastwind" device.

Unlike its soft-skinned counterpart, the layout of the cab and chassis are positioned so that the cab crew are at least protected from a limited amount of small arms fire and land mines/small-sized Improvised Explosive Devices (IEDs).

Consequently, this does raise the profile of the Tempest somewhat, though the risk of rollovers while turning at high speeds is still minimal due to its heavy weight.

Mobility
The Tempest is somewhat inferior to its NATO counterpart due in large part to its increased weight. It accelerates slowly both while on and off-road, though it does have a higher top speed compared to the HEMTT.

Drawbacks
Like the HEMTT and Zamak families of trucks, the Tempest is also completely unarmed and requires an escort should it be forced to go near the front line. Furthermore, the Tempest lacks dedicated cargo carriers for hauling ground vehicles on its flatbed trailer, and is purely limited to ferrying soldiers into battle.

Being both bulky and heavy, the Tempest is the only logistics-oriented military truck which cannot be slingloaded by heavy-lift helicopters. Combined with its poor mobility, a resupply unit comprising solely of Tempests will take much longer to travel to an AO.

Crew Capacity
Additional passenger seating varies depending on the variant, but all of them will support a crew of at least two that includes both the driver and a single passenger in the driver's cab. 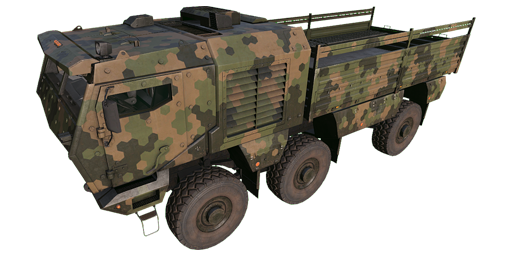 It has an extended, open-top cargo body fitted behind the cab that can transport up to twelve passengers. The rear two positions are FFV-enabled. 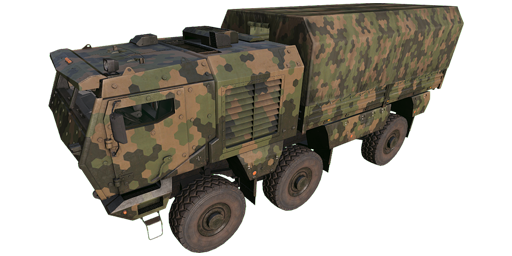 It is identical feature-wise to the baseline variant. The sole difference is that the cargo body section is covered with a tarpaulin that can hide troops from view (note that the tarpaulin does not provide ballistic protection). 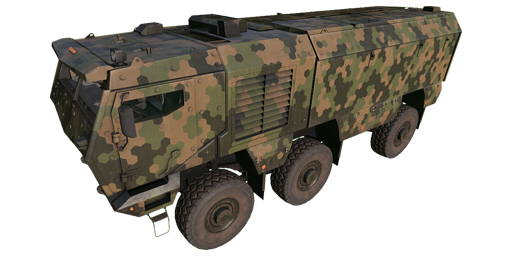 Has an extended cargo body compartment with spare parts, tools, and components that can repair nearby land vehicles and grounded aircraft.

It only contains two seats in the cab and cannot transport any additional passengers. 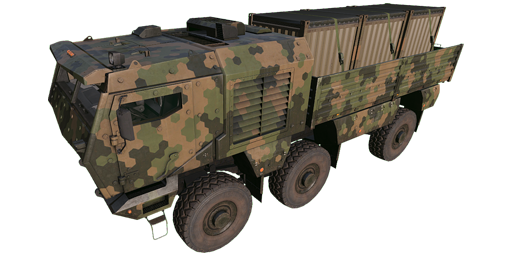 Has an extended, open-top cargo body fitted behind the cab that carries ammunition crates. It can re-arm nearby land vehicles and grounded aircraft. 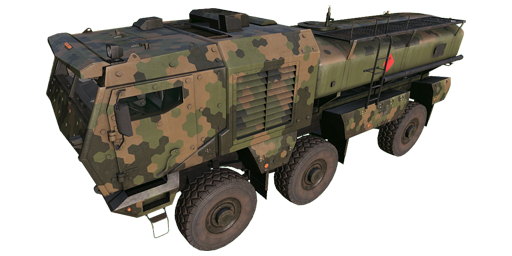 Has a large fuel tanker fitted to the rear of the cab.

It can refuel nearby land vehicles and grounded aircraft. Contains the same amount of seats as the Repair variant. 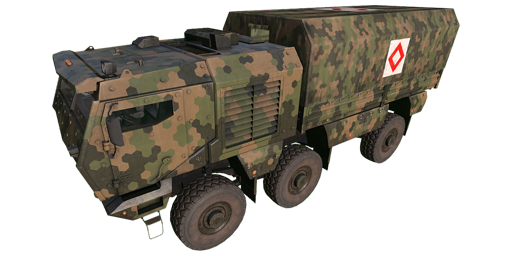 Its benches and litters have enough space for up to eleven wounded soldiers (not including the cab driver/passenger). Unlike the regular transport variants, the two rear passenger seats do not have FFV-capability. 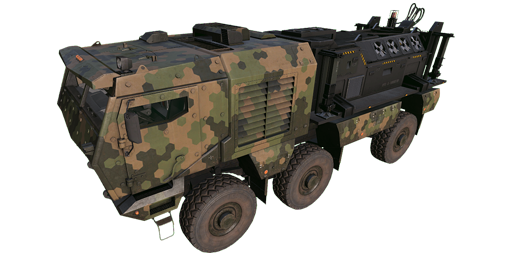 Unique variant that cannot transport any troops aside from the one passenger in the cab. Has an inactive "Eastwind" device fitted to the rear cargo body section.

(*) This variant is completely non-functional outside of scripted missions and serves no other purpose.

All seven variants have access to the same camouflage options:

All Tempest variants have base armour values of 200. They cannot be retrofitted with slat cages or Explosive Reactive Armour (ERA) blocks/panels.

Note that weak point positions remain identical on all variants of the Tempest with only slight deviations depending on the flatbed's contents (i.e. the Tempest Device variant).

The vehicle body on all variants can resist up to 200 points of damage. They take 50% less damage from high-explosive (HE) type munitions. Should the body's integrity fail, it will instantly result in a catastrophic loss regardless of variant.

Tempest engines can resist up to 50 points of damage prior to failing. They have a 50% resistance to HE-type munitions. 100% of damage on this component is always transferred onto the Tempest's main "health" pool.

If damaged: Greatly reduces the engine's power output, the Tempest can no longer attain its top speed and will have difficulty making simple manoeuvres.
If destroyed: Instantly immobilises the Tempest.

The fuel tank can incur only 50 points of damage before rupturing. They take 150% increased damage from HE-type weapons. Like the engine, 100% of incoming damage is shared with the Tempest's "health" pool.

If damaged: Gradually leak fuel over time.
If destroyed: Causes it to rapidly lose its entire fuel capacity in under a few seconds.

All Tempest variants have six wheels that can survive up to 250 points of damage. They take 400% increased damage from HE-type munitions. No amount of damage on any of the wheels will be transferred onto the vehicle's "health" pool.

It is technically possible for Tempest trucks to continue moving with half of their tyres missing. However, their heavy weight will make this near-impossible to achieve in most circumstances without support from other vehicles to help push them along.