The Utility Drone is a multipurpose drone used by IDAP aid workers and emergency response crews in ArmA 3.

Military versions also exist and are known as the AL-6 Pelican / Jinaah AL-6. They are utilised by several BLUFOR, REDFOR and INDFOR factions.

Both variants were added with the release of the Laws of War DLC.

This is a premium asset that requires ownership of the Laws of War DLC.

The Utility Drone is a miniature VTOL-capable hexacopter that is small enough to be carried in a backpack.

Like its dedicated military counterpart, the Utility Drone functions in an identical way; once unpacked and assembled by the operator, it can then be connected to through a UAV Terminal and assigned tasks.

NGOs on the other hand, utilise this feature to provide information to people in an area with advice/warnings on any dangerous hazards near them.

Drawbacks
Compared to the Darter, the Utility Drone's overall functionality is more simplistic as it is only designed with ferrying supplies in mind (usually medical items).

Because it lacks a laser designator and does not possess a secondary camera with thermal/night vision capability, it is similarly ill-suited for use in a reconnaissance or surveillance role.

As usual, care should be taken with the Utility Drone's operation as even a single round from any firearm (despite being slightly larger than the AR-2 Darter) can destroy its fragile airframe. This is because it cannot use or be fitted with protective armour against small arms fire, or even impact protection from collisions against hard objects. 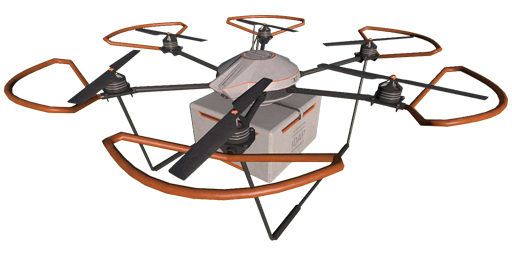 Has no additional features other than the ability to carry supplies or disperse information/propaganda leaflets. Primarily used by IDAP aid workers. 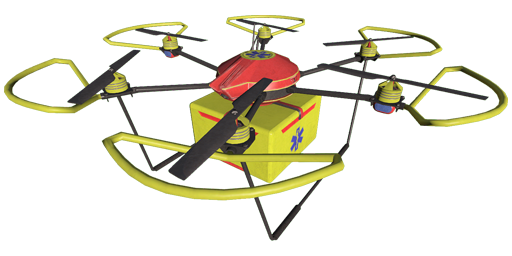 Can carry a small number of medical supplies. Used by civilian emergency workers. 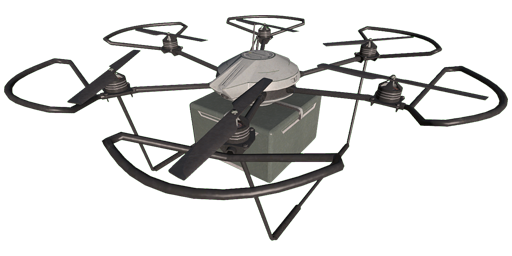 Has identical capabilities to the baseline civilian variant aside from using a unique camouflage pattern depending on whether faction alignment: NATO, AAF or the LDF. 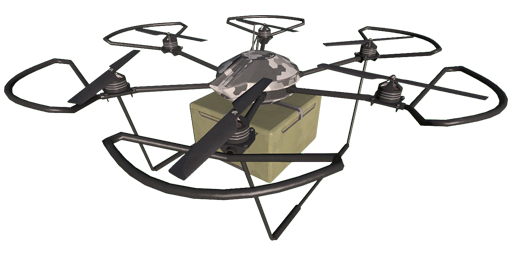 Identical to the baseline variant of the AL-6 Pelican capability-wise in all aspects except for camouflage. Exclusive to CSAT forces. 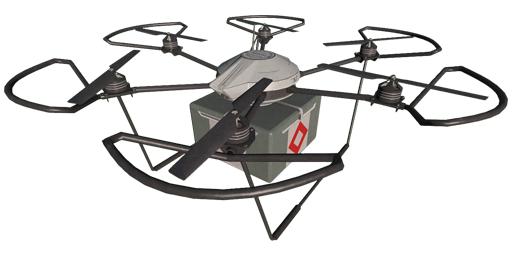 Military counterpart of the civilian Medical variant. Has the same capabilities as the civilian variant aside from using faction-specific camouflage schemes. 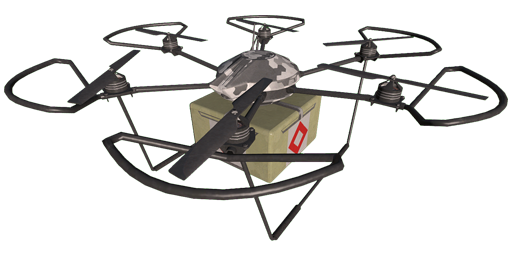 Identical to the Medical variant of the AL-6 Pelican capability-wise in all aspects except for camouflage. Exclusive to CSAT forces.

All variants of the Utility Drone (including military versions) only have a base armour value of 0.5.

A Utility Drone in the background hovers over the entrance to an IDAP exhibition. Its ability to disperse leaflets over an area can clearly be seen here.