The Van is a commercial minibus hybrid used by civilians and several BLUFOR, REDFOR and INDFOR factions in ArmA 3. It was added with the release of the Laws of War DLC.

This is a premium asset that requires ownership of the Laws of War DLC.

Rugged and flexible, the Van represents more than twenty years of innovation. It is the benchmark for hybrid minibus-style vehicles; providing a combination of reliability and customisation for a variety of roles.

Features
It is available in up to four variants; the standard passenger transport variant, an ambulance, a freight transporter and a repair variant.

The Van is a multipurpose vehicle designed for a variety of roles, ranging from transporting freight and/or personnel, repairing ground vehicles, or transporting injured patients to hospitals.

Due to its flexibility, the armed forces of some nations also utilise the Van for their Military Police units, or for transporting border guards between outposts. Criminal organisations are also known to employ the Van as a relatively inconspicuous mule to smuggle illegal goods.

Mobility
All variants of the Van are able to achieve a top speed of 146 km/h. They have fairly decent acceleration and can reach speeds of up to 100 km/h in less than 12 seconds (while driving on paved roads).

Drawbacks
Unfortunately the Van has rather poor handling due to both its bulky size and ungainly design. Regardless of the terrain, it cannot perform pinpoint turns or even regular turns easily, and requires plenty of room to manoeuvre.

As a civilian vehicle, the Van naturally lacks any kind of armour plating. Though passengers can defend the vehicle by opening the rear doors on some variants (and firing out of it), small arms fire from any calibre can and will penetrate through the vehicle's body with no difficulty. Explosives and landmines will always result in a total loss regardless of where the explosion hits.

Crew Capacity
Passenger capacity depends on the variant, but all of them will support at least a single passenger who sits in the front with the driver. 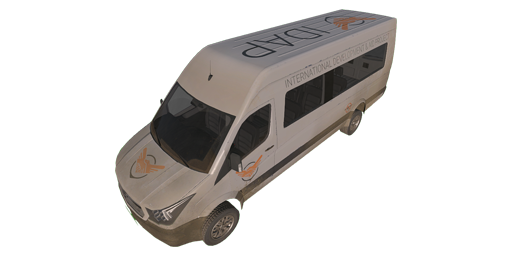 Baseline variant with no additional features other than the ability to carry passengers in the rear passenger section.

Can carry up to twelve passengers. Both the rear two and right side passenger spaces are FFV-capable. 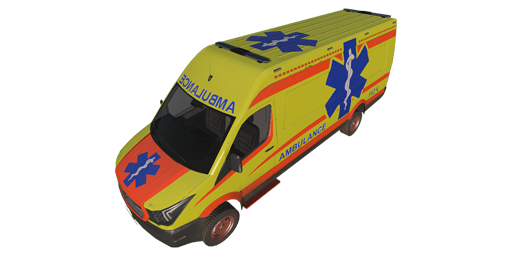 It has enough space to carry two stretchers and two attendants. Unlike the baseline transport, no passenger seats have FFV-capability and the right side door cannot be opened. 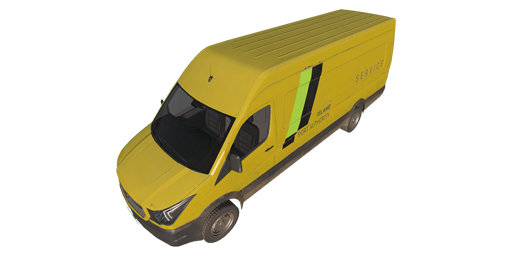 Carries spare parts, tools, and components for use in repairing nearby land vehicles and grounded aircraft. Is only able to carry the driver and a single passenger. 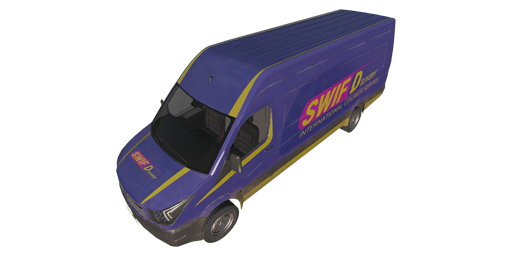 Can carry supplies and freight in the rear section. Visually (but not functionally) identical to the Services variant with the slight exception of a few missing components. 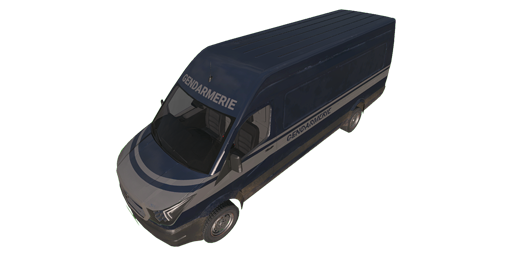 Visually identical to the Services variant but has a police lightbar on top, unique paintjob, and can transport passengers in the rear section like the baseline Transport. 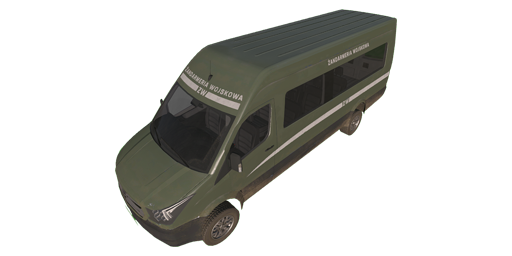 Exclusive to the LDF's Military Police units. Functionality-wise, it is completely identical to regular Transport vans.

All variants of the Van have base armour values of 55. No variant supports being fitted with slat cages or Explosive Reactive Armour (ERA) blocks/panels.

The following highlighted positions serve as weak points on Vans:

Weak point locations are identical on all variants regardless of the rear's contents.

The Van's hull can take up to 44 points of damage. 90% of damage inflicted will be transferred onto the Van's "health" pool.

It will take 250% additional damage from high-explosive (HE) type munitions. Depleting the hull's integrity will always cause the Van to explode catastrophically.

The engine can only survive 33 points of damage.

At least 50% of incoming damage on the engine is always shared with the Van's "health" pool. It takes 200% increased damage from HE-type munitions. It will not cause a catastrophic kill by itself unless the Van has been critically damaged.

If damaged: Greatly reduces the engine's power output, the Van can no longer attain its top speed and will have difficulty making simple manoeuvres.
If destroyed: Instantly immobilises the Van.

The fuel tank can only take 27.5 points of damage before rupturing.

50% of incoming damage onto the fuel tank is shared with the Van's "health" pool, though it takes 50% less damage from HE-type munitions. A destroyed fuel tank will not cause a catastrophic kill unless the Van is critically damaged.

If damaged: Gradually leak up to 50% of fuel over time.
If destroyed: Causes it to rapidly lose its entire fuel capacity over several seconds.

All four of the Van's wheels can only take 80 points of damage before the tyres burst.

The tyres are susceptible to small arms fire and take 400% damage from explosive-type damage, meaning any HE-type munitions or landmines can instantly pop them. No damage is shared with the Van's main "health" pool.

The Cargo variant is capable of storing any of the following vehicles and drones:

It is possible to store any number of combinations of vehicles (i.e. a Quadbike and Kart) as long as the total amount of vehicles still fit within the bounds of Van.

Aside from vehicles, Cargo variants of the Van are able to carry a selection of small crates/container-type objects: