The Y-32 Xi'an is a VTOL aircraft used by both Pacific CSAT forces and Viper operatives in ArmA 3. It was added with the release of the Apex DLC.

Armament
By default, the Y-32 is armed with a 30 mm autocannon that is pre-loaded with interchangeable belts of either 250 rounds of high-explosive (HE-T) shells, or 250 rounds of armour-piercing discarding sabot (APDS-T) shells.

The gunner can instantaneously swap between ammunition types at any time without having to wait for the cannon to reload.

Extended stub wings that run along the majority of the fuselage centreline have two pylons on each wing (totaling up to four) that support dynamic loadouts.

The following weapons and munitions can be fitted onto any of the pylons (1-4):

It also has a turret-mounted laser designator that can be used to mark targets for its own weapons or for friendly aircraft.

Features
In contrast to its NATO counterpart, the Y-32 is not only more manoeuvrable and faster due to using jet-powered engines, but is also better equipped to handle both ground and air threats at the same time.

This is because unlike V-44X Blackfish, it is always armed with a 30 mm turret-mounted autocannon regardless of whether it is transporting either vehicles or infantry (only the dedicated gunship variant of the Blackfish retains armament).

In addition, the pylons on its stub wings can be customised with a mixture of unguided rockets, anti-tank missiles or even laser-guided cluster bombs; further enhancing its air-to-ground fire support capabilities.

One other advantage of the Y-32 is that it retains a slightly smaller (though not much better) RCS signature compared to the NATO Blackfish. While it will still be easily picked up on radar, the Y-32 stands a better chance of surviving once it's detected by the enemy.

Drawbacks
Unfortunately, the Y-32 cannot carry as many passengers or vehicles due to being a smaller-sized aircraft overall. What little room it has by default is reserved for storing weapons and munitions, which further restricts it to using a smaller cargo compartment.

Crew Capacity
The Y-32 always has enough seats for a crew of two that consists of the pilot and a gunner. Passenger capacity is limited to a maximum of sixteen passengers, and only on the Infantry Transport variant. 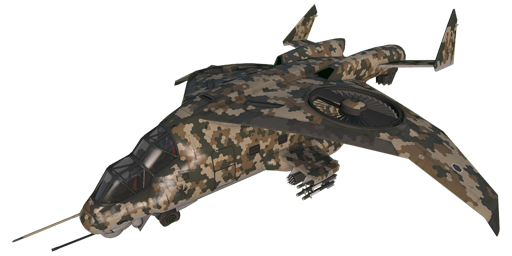 Its cargo space contains seats fixed on both sides of the compartment. It is optimised to carry up to sixteen passengers but cannot airlift any vehicles. 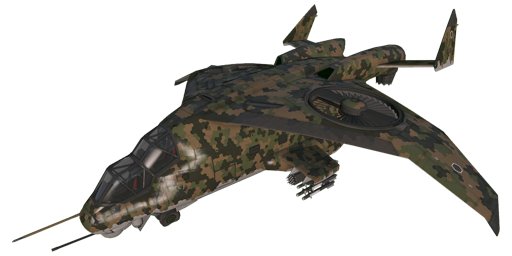 It is visually identical to the infantry-only variant, but this variant's cargo space lacks seating and is instead optimised to airlift ground vehicles.

(*) Regardless of the variant, the Y-32 always has a seating capacity of at least two that consists of the crew; both the pilot and the gunner.

Both variants of the Y-32 have base armour values of 100.

The hull can survive 300 points of damage. 50% of damage is always transferred onto the Y-32's main "health" pool.

Depletion of the hull's integrity will not result in a total loss unless the Y-32's "health" is at critical and all other primary components are destroyed.

Each of the Y-32's engines can incur 325 points of damage before failing. They take 50% less damage from high-explosive (HE) type munitions. Only 10% of damage is transferred onto the Y-32's main "health" pool.

Losing one engine will not prevent the Y-32 from flying but will make it increasingly difficult for the aircraft to maintain altitude.

If damaged: Power output is halved. Performing simple manoeuvres will take twice as long to complete.
If destroyed: Y-32 will lose all power and cannot maintain its altitude/vectoring capability.

The Y-32's fuel tank can resist 275 points of damage before rupturing. It takes 50% less damage from HE-type munitions. At least 50% of damage is transferred onto the Y-32's "health" pool (destroying the tank will not result in a total loss unless the Y-32 is critically damaged).

The cockpit's electronic systems can resist 200 points of damage before failing. At least 20% of damage will be transferred onto the Y-32's main "health" pool.

If damaged: Periodic flickering of pilot Head Mounted Displays (HMD) and cabin Multi-Functional Displays (MFD). Other instruments remain unaffected.
If destroyed: HMDs disabled. MFDs and all other instruments will malfunction and may not display proper readings.

All six components can take up to 250 points of damage before failing (individually). They incur a 300% damage penalty from HE-type munitions.

Depending on which control surface has been damaged, the Y-32 will suffer from a gradual loss of in-flight stability. Manoeuvring in regular flight and VTOL modes may become increasingly difficult or even outright impossible to control under some circumstances (i.e. adverse weather conditions).

The Y-32 utilises several sensors meant to augment its role as an air-to-ground fire support platform:

It has an active radar range of 5 km against aerial targets and 4 km against ground targets. Azimuth coverage is limited to 120 degrees while for elevation it is 80 degrees.

Identity recognition registers at a distance of 3 km out from a target. The radar also has an elevation offset of 30 degrees.

The IRST/visual sensors each have a maximum detection range of 4 km against aerial targets and 3 km against ground targets. The azimuth and elevation coverage for both sensors is restricted to an angle of just 26 degrees, and have a minimum operating range of 500 m.

Both sensors are located in the nose turret's gun camera and will detect independently of the Y-32's heading. Targets can be clearly identified once they are within 2 km range, and can only track targets that are moving at speeds of 270 km/h or less.

NOTE: Only the weapons used on the default loadout for the Y-32 are listed here. For full details on ordnance that can be mounted on the Y-32's pylons, refer to the dynamic loadouts article.

On the Infantry Transport variant, the two rearmost passengers are FFV-enabled and can fire their own weapons out of the Y-32 provided that the ramp door is lowered.

For both variants, the gunner position controls all weapon systems. The turret camera's optics provides three fields of view and can toggle either a day, night or black-hot/white-hot thermal vision mode.

The turret itself has a horizontal rotation limit of 120 degrees in both directions. Vertically however, it is restricted to an elevation of 20 degrees and a depression of 30 degrees:

Primary weapon affixed onto the Y-32's nose turret. Can be loaded to fire either regular high-explosive (HE) or armour-piercing discarding sabot (APDS) shells:

It can attain a fire rate of 750 rounds per minute and has a muzzle velocity of 960 m/s. Switching between munition types is instantaneous; there is no delay for "reloading" a different belt.

However, accuracy will differ depending on the selected munition type. For APDS shells, dispersion is 0.0044 rad at distances of 1,800 metres but for HE, dispersion is set to be higher at 0.0066 rad instead.

Relies on the Y-32's Infrared Search and Track sensor to function.

Strong against groups of infantry and unarmoured/lightly-armoured ground vehicles.

The Vehicle Transport variant is capable of loading any of the following ground vehicles, boats and drones:

Lastly, it should be noted that that Utility Drones airdropped from a Y-32 are lowered down via parachutes as opposed to being dropped with their rotors spinning.

The Y-32 can load a selection of small ammo crates, boxes and containers:

Unloading stored cargo whilst the Y-32 is still flying will have them dropped from parachutes. If there is more than one object stored inside the hold, subsequent paradrops will be made with a delay of ~ 3 seconds.