The Zamak is a logistics truck used by several OPFOR and Independent factions, as well as with IDAP aid workers and civilians in ArmA 3.

The Zamak is a medium-sized 6x6, general utility truck that can transport and heal troops, or repair and refuel military vehicles although it can also be used for civil purposes as well.

Features
There are a total of six more variants of the Zamak (not including the baseline troop transport variant). These are a fuel tanker, medical transport, vehicle repair, munitions carrier, and a tanker carrying a water cistern. With the exception of the munitions carrier, civilian versions of each military variant also exist.

Last but not least, there is also a dedicated self-propelled artillery variant that uses the Zamak's chassis as a base, and has a rocket launcher pod mounted onto the rear flatbed.

Relatively compact in size compared to its NATO and larger counterparts, it has the smallest profile of the three logistical trucks currently available.

Mobility
While not as fast as the Tempest, the Zamak has better handling and acceleration while driving on paved roads, and requires little space to perform tight turns on corners.

Drawbacks
Just like the HEMTT and Tempest families of trucks, the Zamak is completely unarmed and cannot defend itself from enemy fire. Coupled with being the least armoured of the three truck designs (even the cab provides essentially no protection against small arms fire), it is vital that Zamaks be given cover by friendly forces or at least be escorted by a convoy when going near the front line.

Crew Capacity
Passenger capacity depends on the variant, but all of them will support a crew of at least three that includes both the driver and two passengers in the front cab.

NOTE: The Zamak MLR variant is not listed here. For specific details on the MLR variant, refer to its dedicated article here. 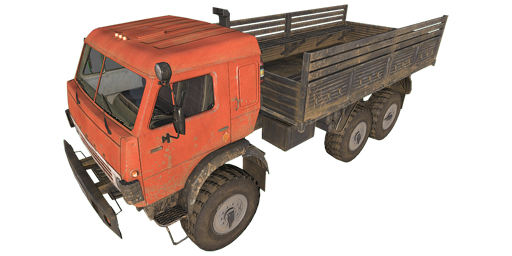 It has an extended, open-top flatbed fitted behind the cab that can transport up to fourteen passengers. The rear two positions are FFV-enabled. There is also a civilian counterpart to this variant that has the exact same functionality but uses a different paint job. 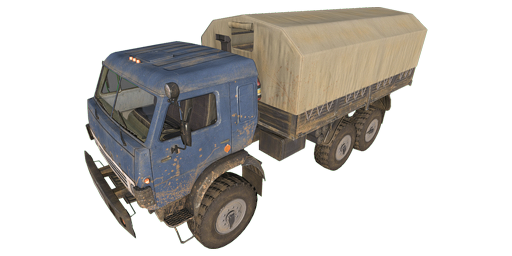 Identical feature-wise to the baseline variant; the sole difference is that the flatbed section is covered with a tarpaulin that can hide troops from view (note that the tarpaulin does not provide ballistic protection). Also has a civilian/IDAP counterpart to this variant that has the exact same functionality but uses a different paint job. 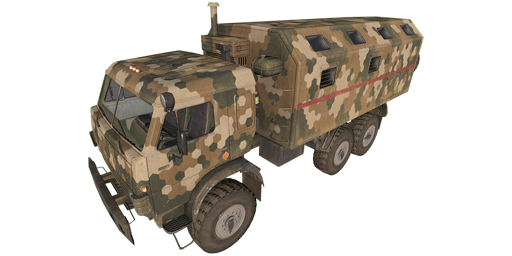 Uses a sealed cargo compartment that has spare parts, tools, and components for use in repairing nearby land vehicles and grounded aircraft.

Has only three seats in the cab and cannot transport any other passengers. There is also a civilian counterpart to this variant that has the exact same functionality but uses a different paint job. 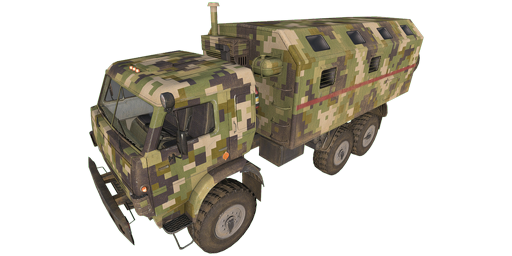 Has a sealed cargo compartment fitted behind the cab that carries ammunition. It can re-arm nearby land vehicles and grounded aircraft. Contains the same amount of seats as the Repair variant and is visually identical as well. 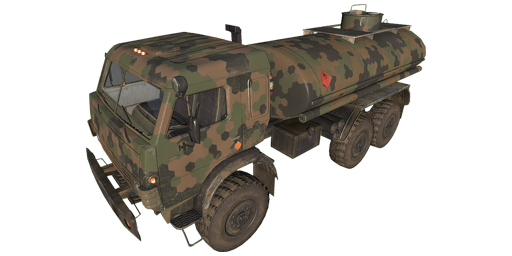 Has a large fuel cistern fitted to the rear of the cab. It can refuel nearby land vehicles and grounded aircraft.

Contains the same amount of seats as the Repair variant. Also has a civilian counterpart to this variant that has the exact same functionality but uses a different paint job. Unlike other variants of the Zamak, it cannot be slingloaded by heavy-lift helicopters. 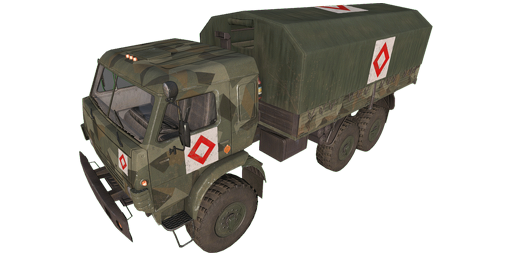 Its benches and litters have enough space for up to thirteen wounded soldiers (not including the cab driver/passengers). Unlike the regular transport variants, the two rear passenger seats do not have FFV-capability. 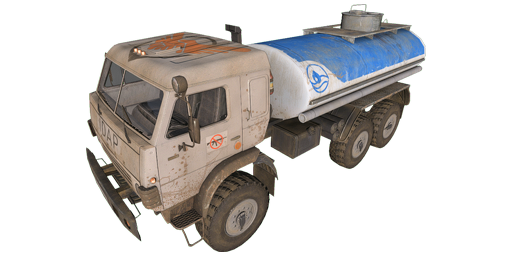 Has a large water cistern fitted to the rear of the cab.

Purely designed for humanitarian purposes - it retains no unique features other than having a custom IDAP paint scheme. As with the Fuel variant, the Zamak Water cannot be slingloaded by heavy-lift helicopters.

All variants of the Zamak have base armour values of 100. They cannot be fitted with Explosive Reactive Armour (ERA) blocks/panels nor slat cages.

Note that weak point positions remain identical on all variants of the Zamak with only slight deviations depending on the flatbed (i.e. the cistern on Zamak Fuel variants).

The body on all trucks can withstand up to 100 points of damage. They receive 150% increased damage from high-explosive (HE) type munitions.

Wrecking the truck's body will always result in a catastrophic loss.

Zamak hulls can take up to 44 points of damage. 100% of incoming damage on the hull will be shared with the truck's main "health" pool. It takes 50% increased damage from HE-type munitions. It will not cause a catastrophic kill by itself unless the Zamak has been critically damaged.

The engine can only survive 50 points of damage.

100% of incoming damage on the engine will be transferred onto the Zamak's "health" pool. It takes 50% increased damage from HE-type munitions. It will not cause a catastrophic kill by itself unless the Van has been critically damaged.

If damaged: Greatly reduces the engine's power output, Zamaks can no longer attain their top speed and will have difficulty making simple manoeuvres.
If destroyed: Instantly immobilises the Zamak.

The fuel tanks (not the cistern) can only take 50 points of damage before rupturing.

100% of incoming damage is always shared with the truck's main "health" pool. It takes 150% increased damage from HE-type munitions. A destroyed fuel tank will not cause a catastrophic kill unless the Zamak is critically damaged.

All six of the Zamak's wheels can withstand 200 points of damage before bursting.

They are susceptible to small arms fire and take 400% damage from explosive-type damage, meaning any HE-type munitions or landmines can instantly pop them. No damage is transferred onto the Zamak's "health" pool.

Community content is available under CC-BY-SA unless otherwise noted.